Time to sort the score displays out. I was expecting this to be a difficult fix and that was proved right, I spent a good amount hours getting to the bottom of this fault, not being someone who just shotguns a stack of parts to fix a problem, I like to know why something is faulty and find that cause.

Atari describes the score panel as a Gas Discharge Display. They are a glass based vacuum tube which are made up of seven segment displays. Using 180 volts DC, gas (likely Neon) the segments are illuminated, if you take a look over google or Youtube there is little info on the panels Atari used most of the content is about how they can go faulty.

With my panel the Player 1 and player 3 score digits were either missing or randomly flashing.

When the game boots all segments should illuminate and the 1,2,3,4 player up selections should scroll. Here's what mine looked like. player 1 and three score was missing or corrupt, 1st up didn't light up and 3rd up was randomly always flickering. 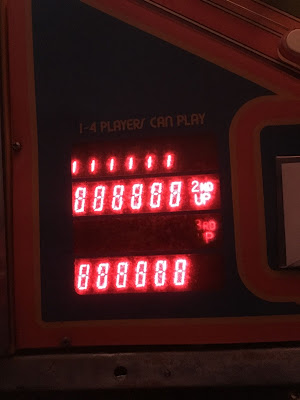 The 1st thing to do was remove the plastics and check that the glass panel was correctly aligned with the sixty or so pins that connect to the pins of the circuit board. Unlike other photos and videos I've seen, mine looked complete and I would say had never been touched, there were metal clips with silicon holding them in place.

Once screws were removed and the clips released I removed the panel:

As you can see below, the copper contacts didn't look healthy, checking continuity on the pins some had broken connections. Again out came the self adhesive copper tape and I re-pinned all the connections. An hour later I had cut a lot of tape and had it nicely lined up, continuity was now good across all connections. 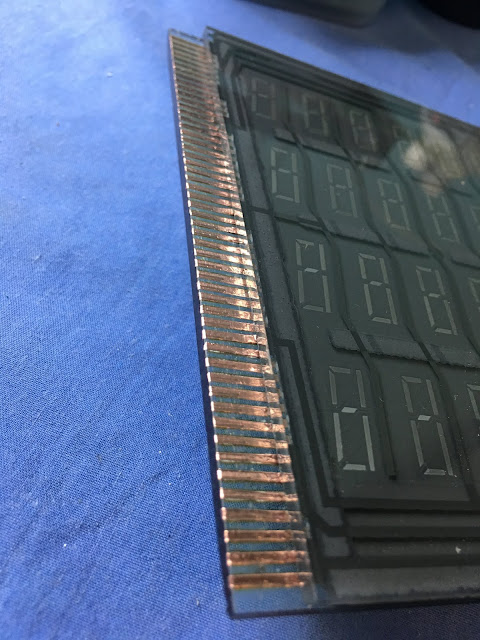 At this point I removed the score PCB which is mounted in a plastic case that connects to the display itself. I tested and measured most of the components (resistors, diodes and transistors) All of those were good, I found a few suspect solder joints so reflowed them and put the bits back together.

As always happens when you put load of effort in, nothing was fixed and the same fault was present with the scores... After a bit of sulking and some more thinking I decided the fault could now only be the display itself or the Driver IC's for the segment displays. I took the assembly apart and removed the PCB, I removed the four driver IC's and fitted sockets, I'd marked the IC's and swapped their locations to see if the fault moved.

As can be seen below, with IC's I believed to be good moved around, player one and two lit up and displayed correctly. 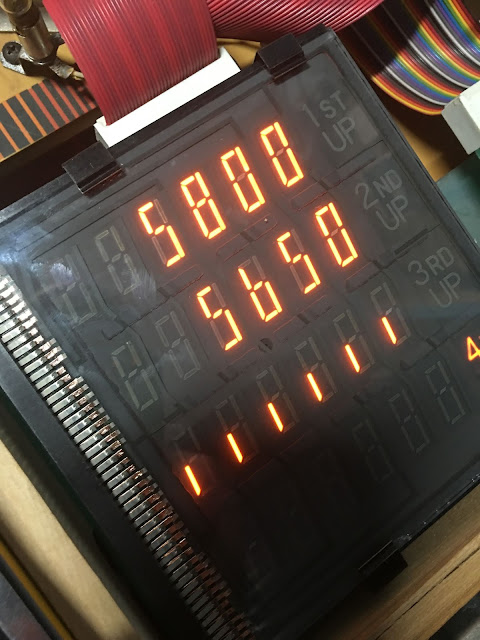 Off to eBay to source some replacement, a few days later I had a package with four new Driver IC's once fitted, All the scores displayed correctly and I had a quick four player game to confirm they were working correctly. 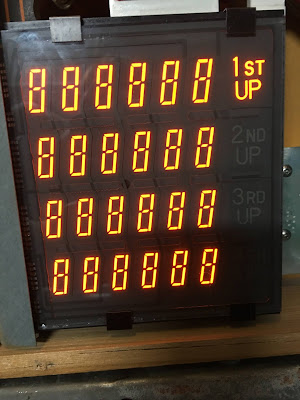 At power on, all segments light and the player up number scrolls, this was now all good.

With hindsight I spent more time on this that I needed to, I could have shotgunned the IC's once I'd confirmed the voltages were correct. The work I've done repairing the copper contacts should now give a lifetimes worth of play without issue! Who am I kidding when trying t o keep a 40 year old machine running...

Next up is the play field; time to remove all the plastics, metalwork and anything that can be removed from the top.  I plan to give it a good clean, and fit new rubbers all round. 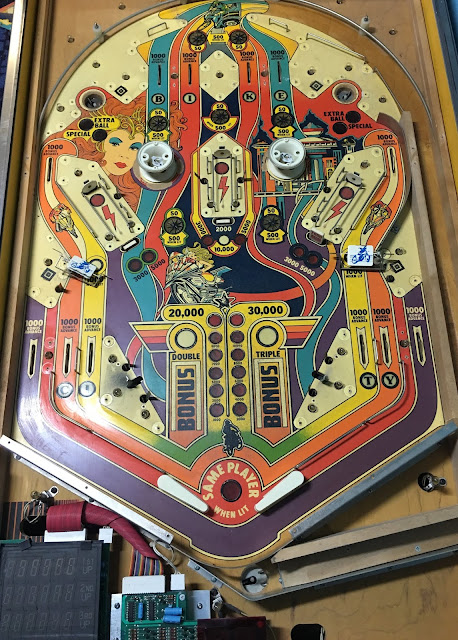