So I applied power and the pin sprung into life, well not fully working but there was no magic smoke at this point so I'll mark this as a successful power up!! 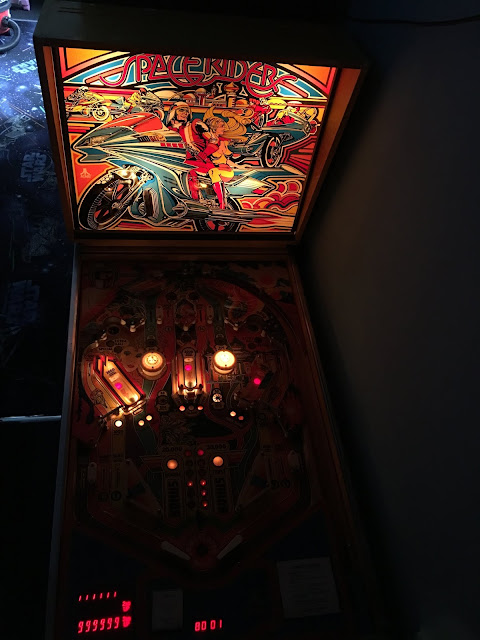 Even thought its a bad photo you can see there are some lights on the playfield, I triggered the coin switch and the the game would play, albeit looking a bit dim, the scores were also messed up and not showing correctly, so these would be the next two jobs to look at.

The issue with the lights was the first thing I set about looking at, after reading the manual and looking at the schematics, I understood that the Aux PCB had transistors that combined with some logic signals form the main CPU PCB controlled the lights, using the wiring diagram I worked out which lamps were not working and referenced that the transistors on the AUX PCB, using a logic probe I could see there was only one transistor working correctly, the outputs of the three faulty ones were being held high. Whereas the working one was pulsing a digital signal.

I ordered four transistors and when they arrived set about replacing them.

Transistors removed, clearly they generate a lot of heat!, the copper traces they connect to were in a very poor state. 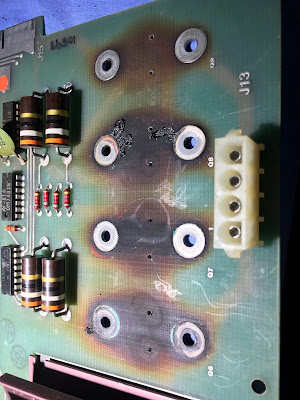 I used some copper adhesive tape to make some replacement tracks, these were then tinned 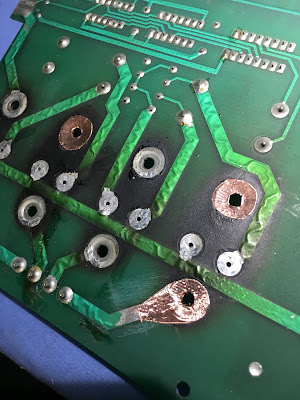 I then tinned the copper making it ready for the new transistors. 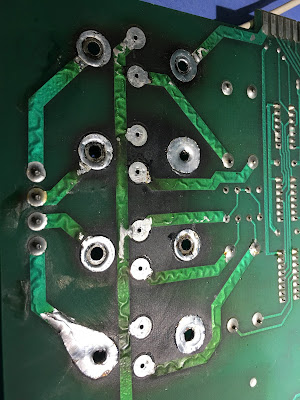 Transistors soldered in place, some original capacitors were also tidied up and refitted. 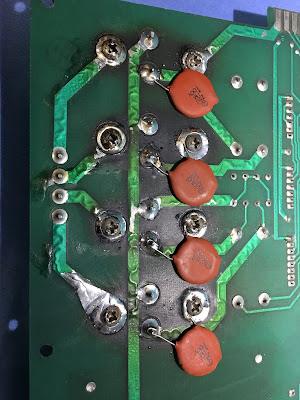 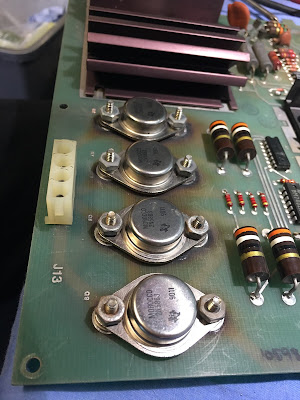 After refitting the PCB the light display worked fine, with attract mode cycling through different patterns of lights. The game was also a lot brighter to play and further test. :) 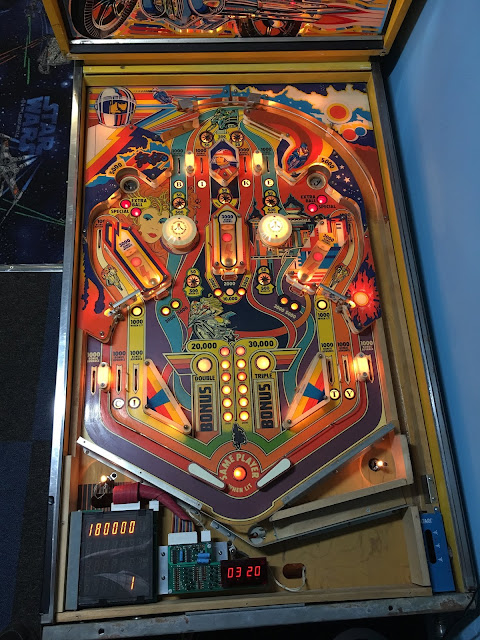