I fixed a B&W TV over my Christmas break. Its a 12" Hitachi from the late 70's, small little transistor set.
The TV Powered on with Power LED lit, but didn't do much else. Nothing on screen and no audio, after a fair bit of poking around I got to the bottom of the issue.
The main fault was an open Circuit resistor which stopped current flow through the Base of the Horizontal Output transistor which in turn drives the LOPT windings to create the HV. 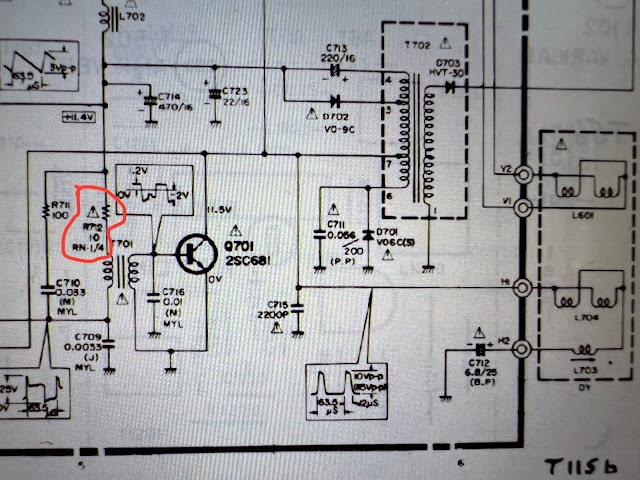 The resistor had previously been bodged with someone adding another resistor in series with the original. Once swapped we have HV and analog fuzz on the tube. I tuned the TV to my Sig gen, and then find there's no audio, after prodding around I cannot see anything wrong in the circuit. I connected a set of Headphones to the jack on the side and sure enough I got audio through, looking at the schematic, the jack was switching the TV speaker in and out of circuit based on the connection, everything belled out ok, which only left the speaker, it turned out to be open circuit, I luckily had a very similar size speaker, swapped it over and voila, we have a fully working TV with a lovely bright tube. 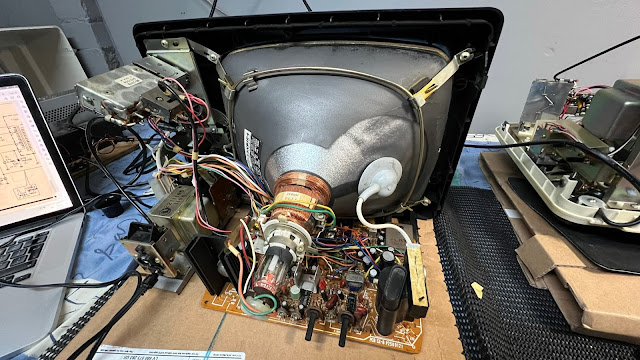 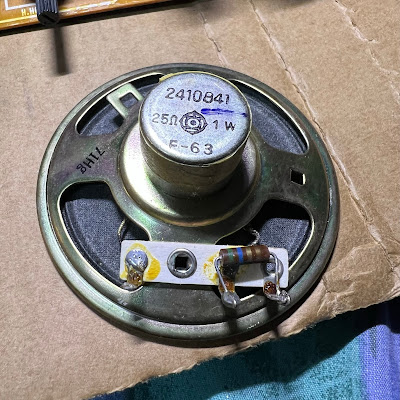 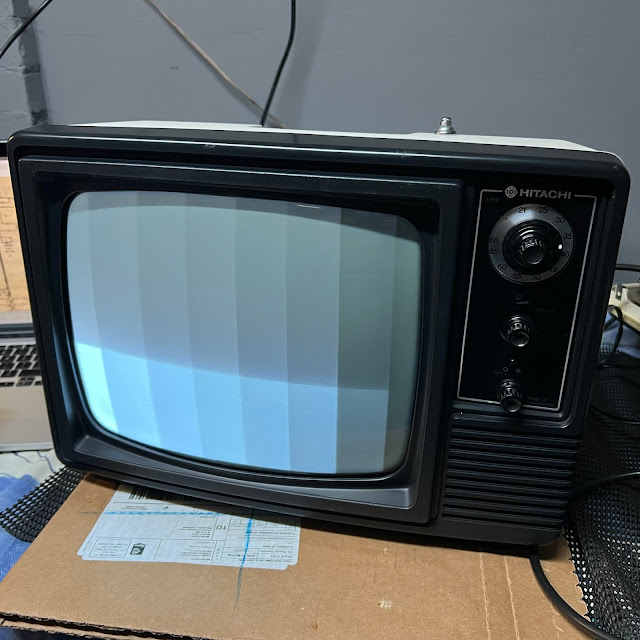