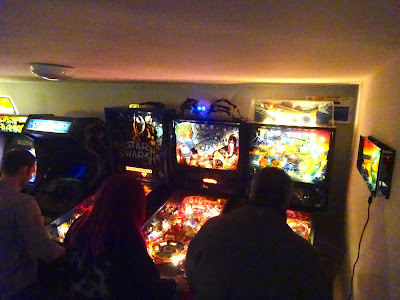 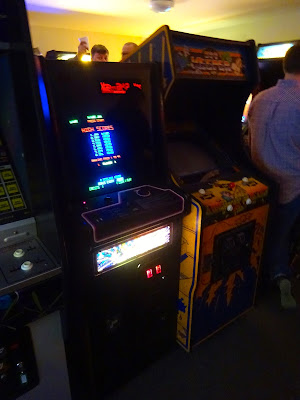 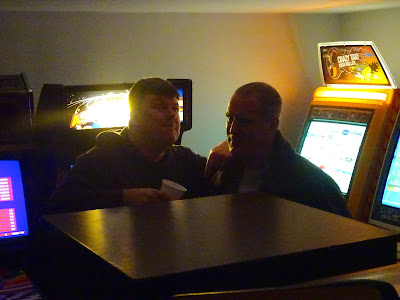 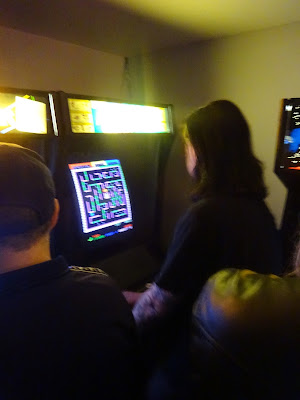 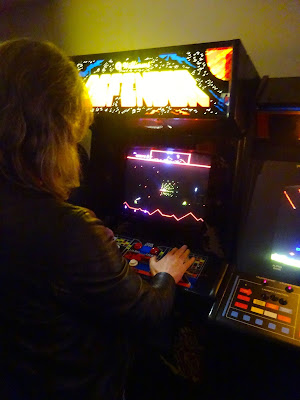 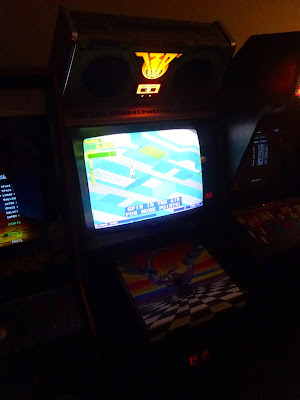 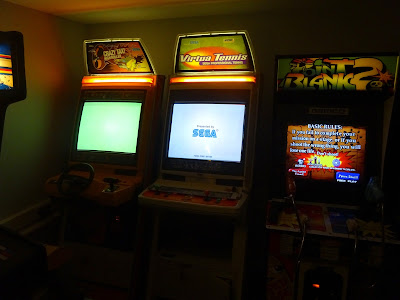 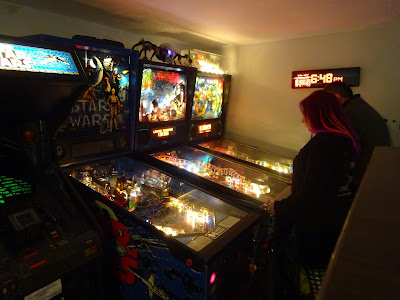 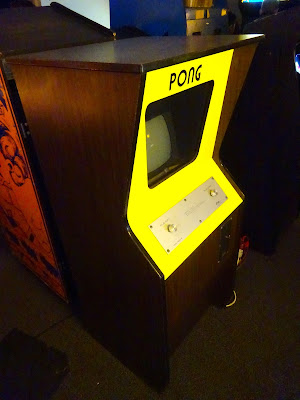 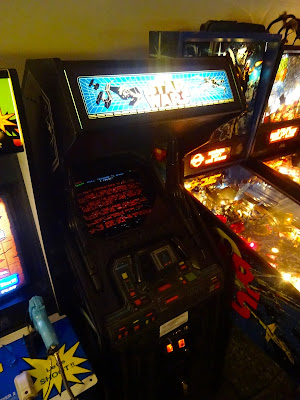 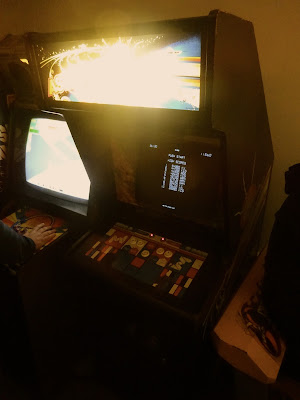 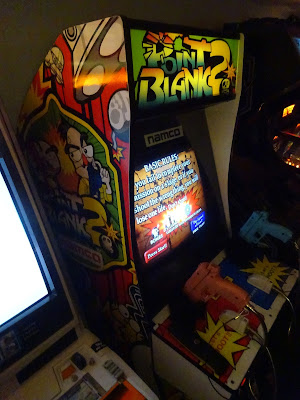 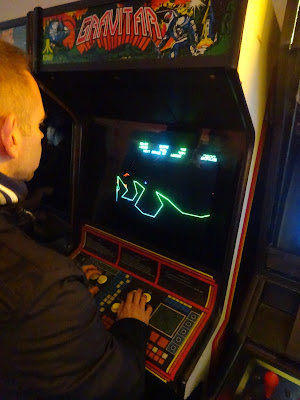 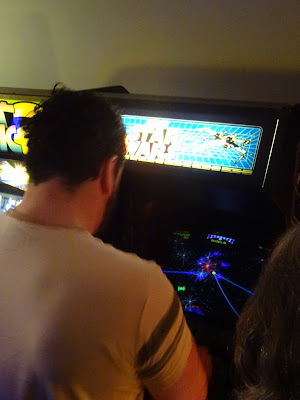 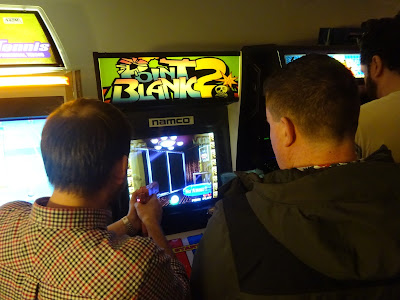 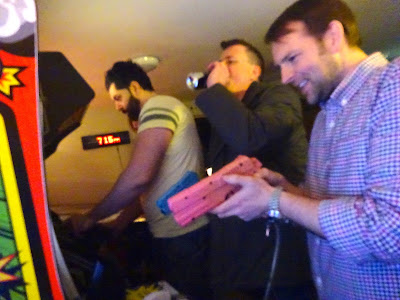 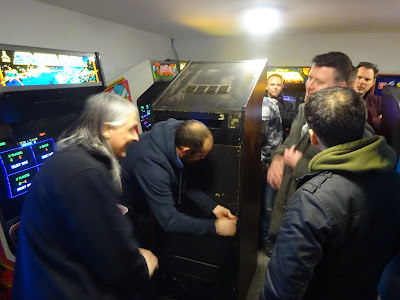 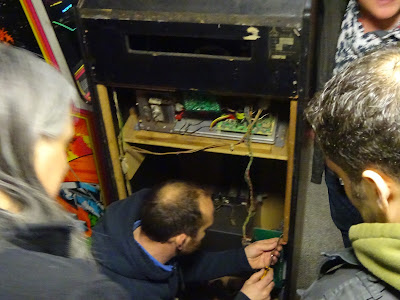 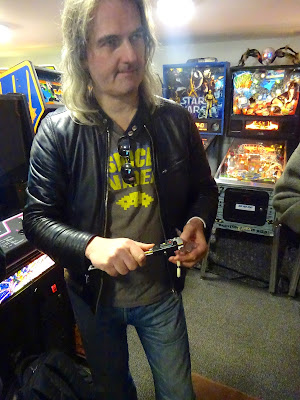 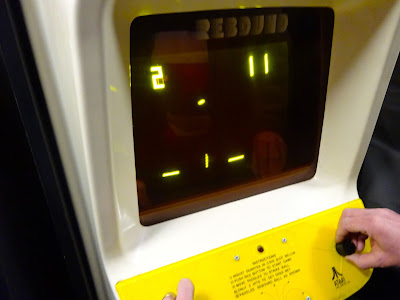 I recently offered to look at a Missile Command PCB that had stopped working properly, symptoms were described as the image not syncing on the monitor, I decided that I could probably fix the issue, the board arrived today and I fired it up in my test rig tonight.

The problem was the same on my test rig as shown below. All colours present but the video wouldn't sync to the monitor. 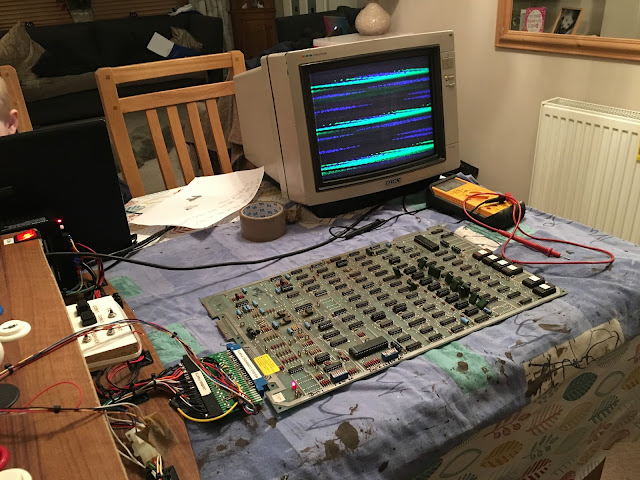 I cracked open the schematics and headed straight for the sync circuit section. Using my trusty logic probe I checked the LS32 at J7 the HSync* input on pin one was dead, pin 2 Vsync was pulsing away OK on my probe. The Hsync* signal comes from a 7474 at A9, Input signals on pin 12 looked good along with the horizontal timing on pin 11, but pin 9 was showing now activity and no high or low signal on my probe. 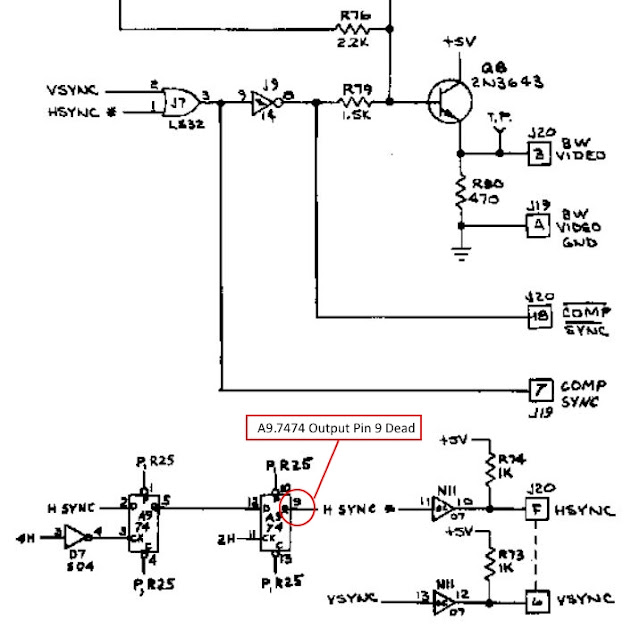 I piggybacked a new 7474 and the game synced back into life, the IC was removed, a new socket fitted and replacement IC inserted.

Another classic game lives to be played again. :) 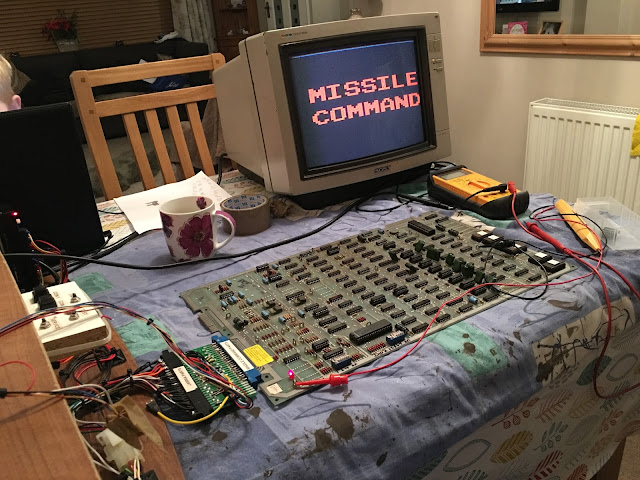 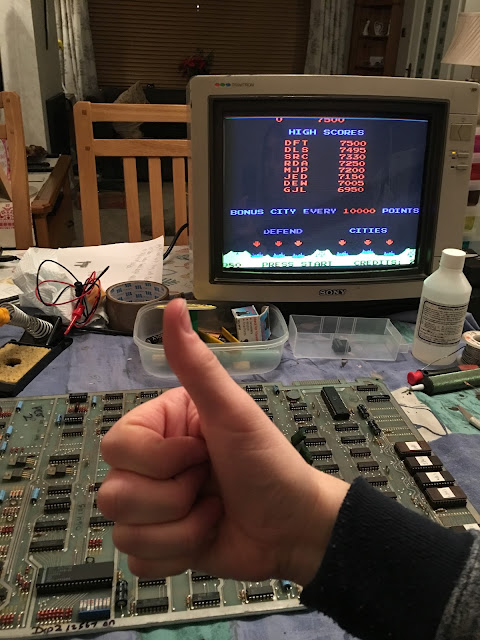