Disclaimer: This is my 1st pin, so go easy if any of my terminology isn't quite right. :)

I do own an Atari Video Pinball arcade so I've been a virtual pin guy up until now! 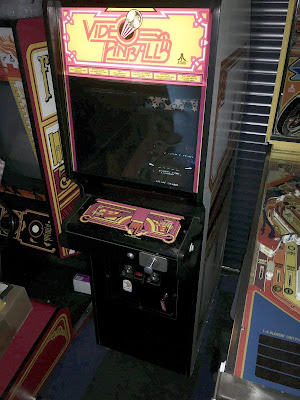 Purchased from the USA based on these photo's, sold as complete but not working. 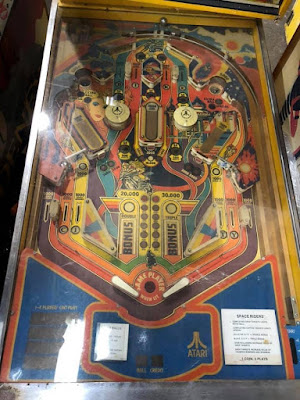 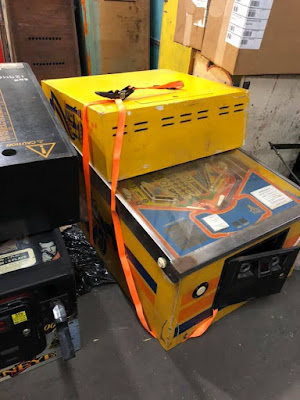 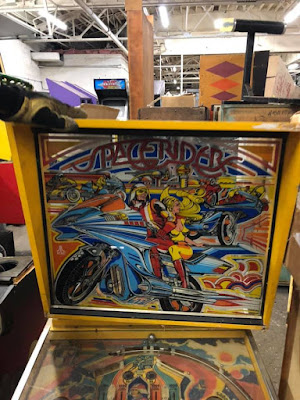 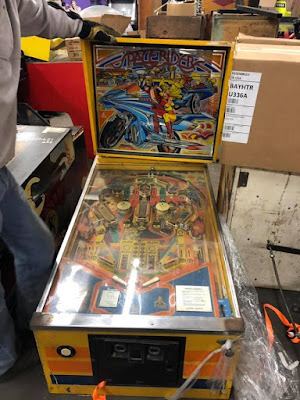 So it arrived in the UK and was dropped off to me by Martin the deliveryman. 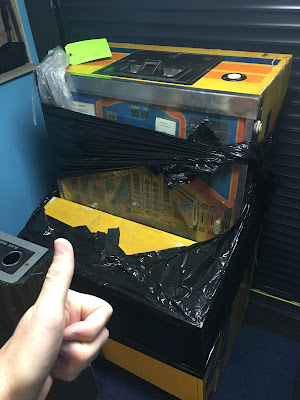 The bolts for the legs had gone missing somewhere along its journey so for now it had to sit on the floor. 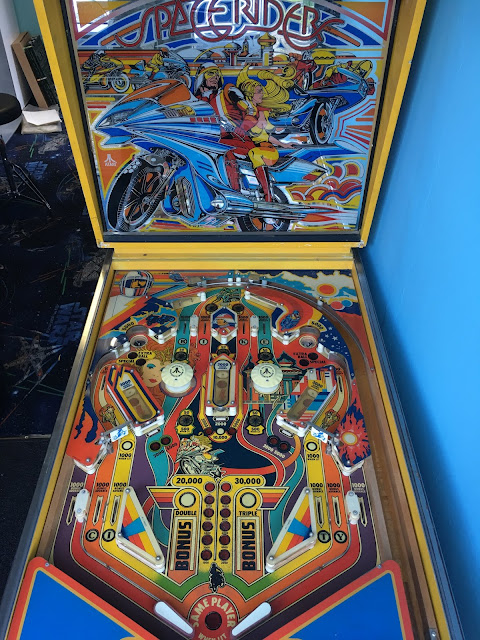 Upon lifting the play field it was nice to find an original bag with the manual, wiring diagram and game instruction and credit info cards. 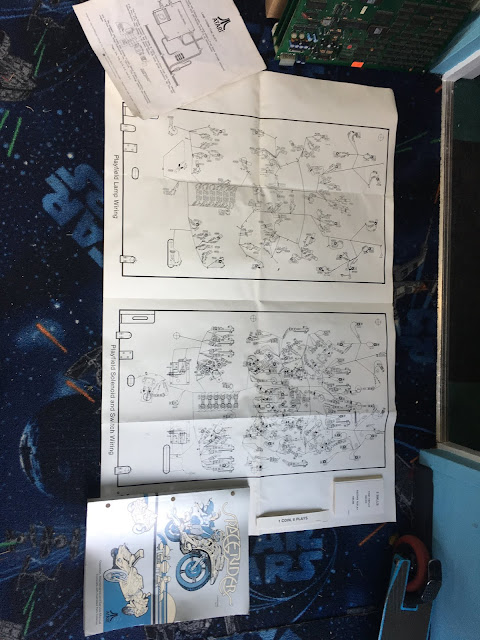 At this point I lifted the playfield and decided to check all the fuses in the game, surprisingly all were the correct value and still intact. Like the Atari video games, the input power supply can be changed by rewiring on of the Molex plugs attached to the power supply, its used to change the routing of the mains supply through the primary windings of the main PSU transformer. I used the wiring diagram to re-pin the connector for 230v AC input. 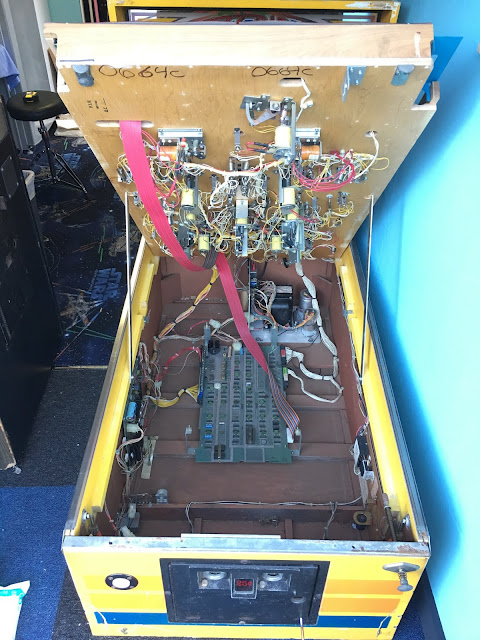 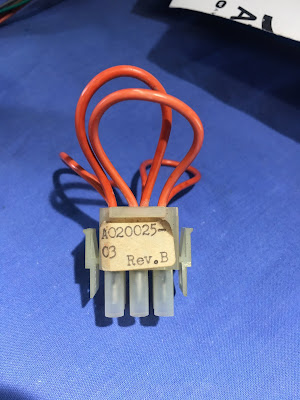 Next up I removed the CPU PCB to give it a once over and look for any signs or failure or damage, on these Atari games, the Solenoid and lamp control circuits are part of the same PCB. Straight away I could see there was an Operator bodge in place with turned out to be a control line for one of the lamps. (The thick wire between the two connectors with white cables) 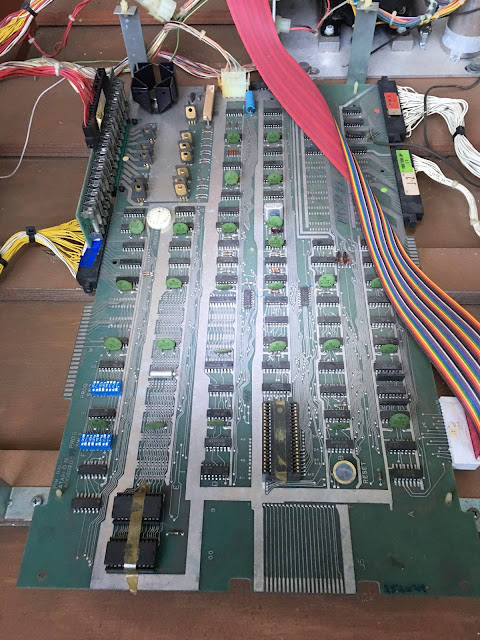 The wire from the main harness has broken an instead of fixing it properly a wire was soldered to the PCB and them linked to the broken end of the loom. The connector pin was soldered back together and then the wire removed and the trace that had been used repaired. 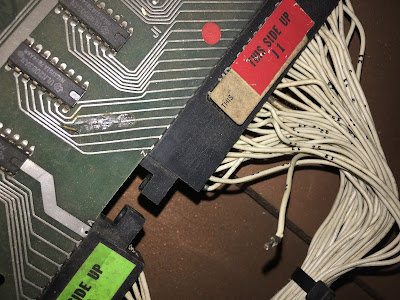 At this point I re-fitted the main PCB, for luck I removed and reconnected every connector I could see in the cab and decided it was time to plug it in and see what happened...