I decided I needed to play Video Pinball today, its not been turned on since my time off work over Christmas. Well the game had decided to go a little bit faulty, I didn't immediately notice, but there was a section at the top of all the game text that had been chopped off, the four game flippers also had a black line running though them.

The game played fine apart from these graphical errors, test mode reported no errors. See the photo below showing the faults I mentioned. You can see the lines in the flippers and just about see where the top line of the text missing. 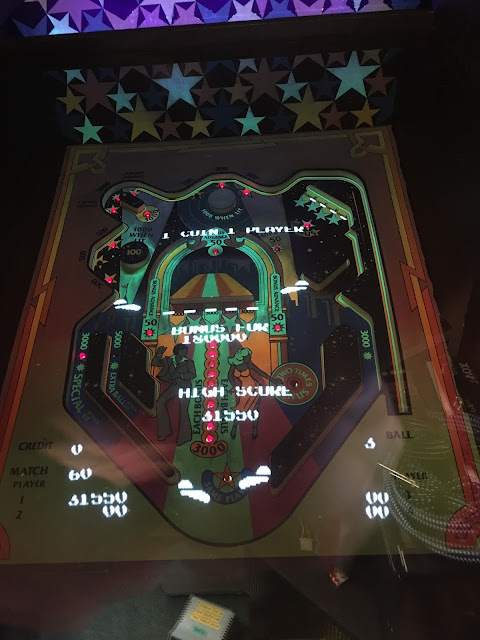 The Circuit for the Playfield is a fairly small section of circuitry. The CPU writes data into RAM that defines the Playfield picture, the Sync timings then select this data which in turn addresses the Playfield ROMS (C5, D5) with the data from these passing through a shift register (C6) where the output is mixed as part of the final analog output video.

Using my trusty logic probe I checked all the clock signal and confirmed all address and data lines were active and not stuck high or low. Well I couldn't see anything the would normally highlight a fault. Thinking more about the fault, I deduced it was unlikely to be the RAM or ROM at issue; when the flipper button was pressed the graphic moved perfectly and wasn't corrupt as such, if the ROM(s) had gone faulty the missing line would move when the graphic was rotating.

Looking like a fault I had seen in another repair, I decided to remove the 74LS166 shift Register so it could tested in my MiniPro programmer, my hunch was correct and it was declared as faulty.

So despite having over 80 pots with different IC's, I didn't have any 166's, I 'borrowed' one from a Super Breakout PCB which has become a bit of a donor for random parts I've needed to use...

With the 166 replaced the game is back to looking and playing perfectly again. 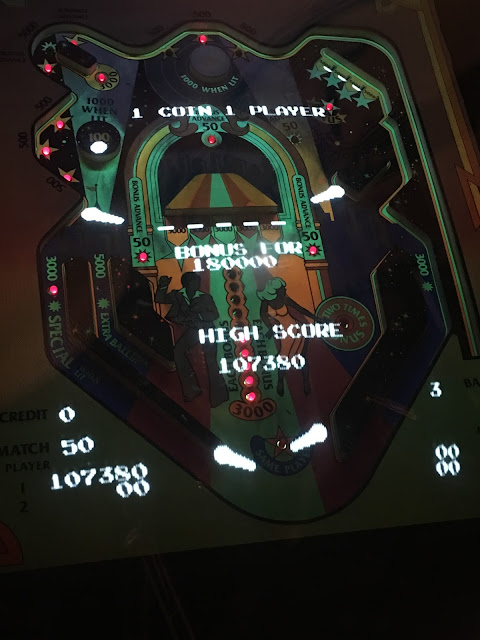 Until the next game breaks, thanks for reading, Mart.