I had a new cab delivered yesterday for the UKVAC raid that was in Exeter in March. This is the photo of the cab at the Op's and It was unknown whether it would work or not. Most other cabs were working so I was pretty hopeful.
After having the cab delivered, I proceeded to take all the usual steps I do with a new cab. Look for any loose screws or washers that would short out PSU's etc, unplug the monitor and  unplug the game board. Once that was done I turned the cab on and check the PSU and monitor voltages. Every thing checked out out mains voltage in 110V on the Switcher and 240V on the monitor. The PSU has +5,+12 & -5Volt all sitting nicely.

It was also nice to bee greeted to some paperwork and a service manual in the back of the cab.

Next up was plugging the monitor power back in, I was expecting to this not to work as I discovered this sign attached to the monitor board.

Expecting sparks to start flying or smoke I cautiously re-powered the cab and fortunately the monitor seemed to power up ok, I had neck glow and some light on the tube. Fingers crossed this was actually working.

Next up was plugging the game boar back in... I turned the cab on and shat myself as it gave a few loud audio beeps which made me jump! After 30 seconds or so I went round the front of the cab to see this...

Holey Moley the game seems to work! I coined up and off I went of a world tour. The coin mech. even works fine. I adjusted the volume to a more sensible level for home use and wow that's it, a working cab. a few more photos of the cabs insides: 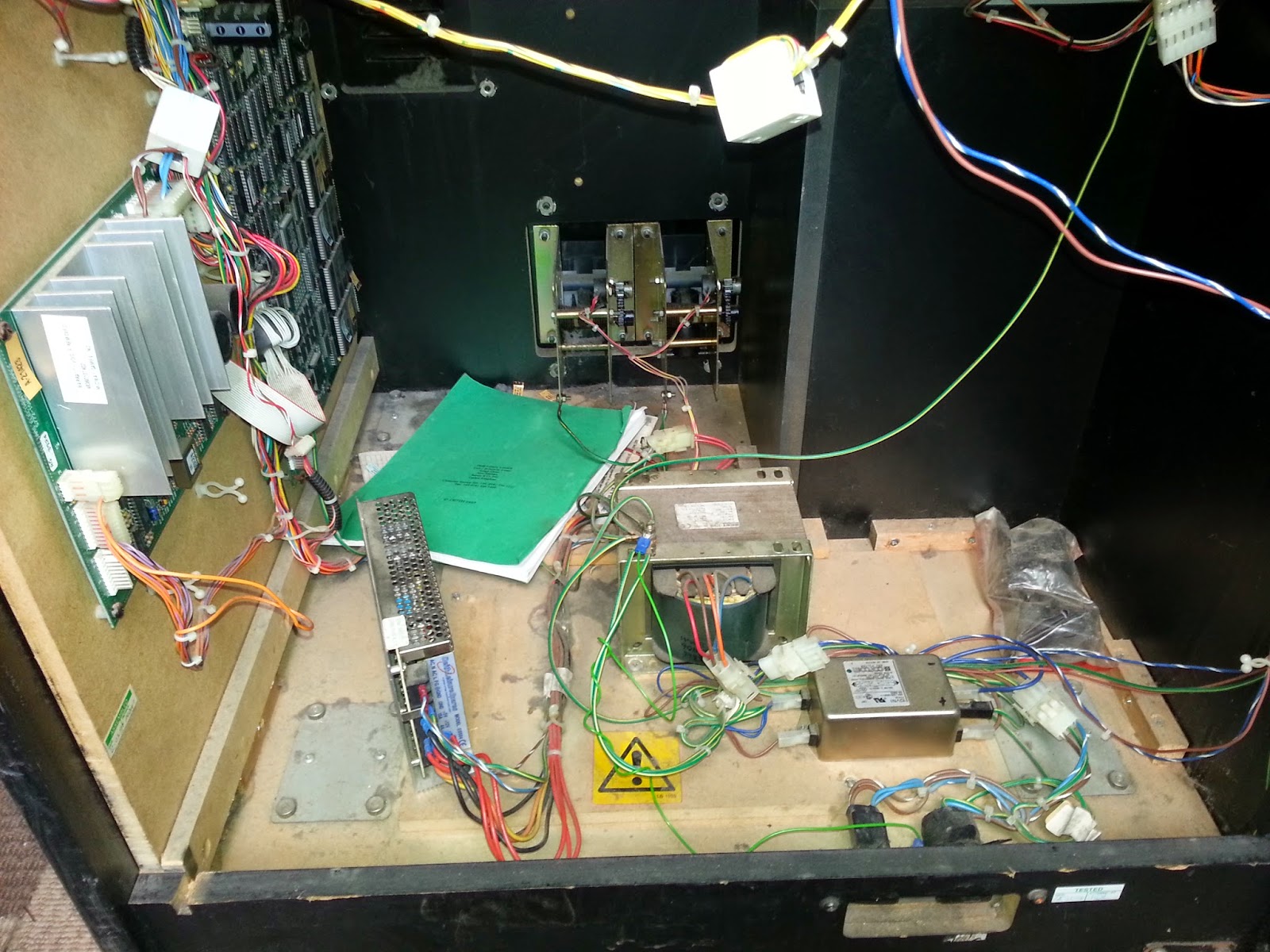 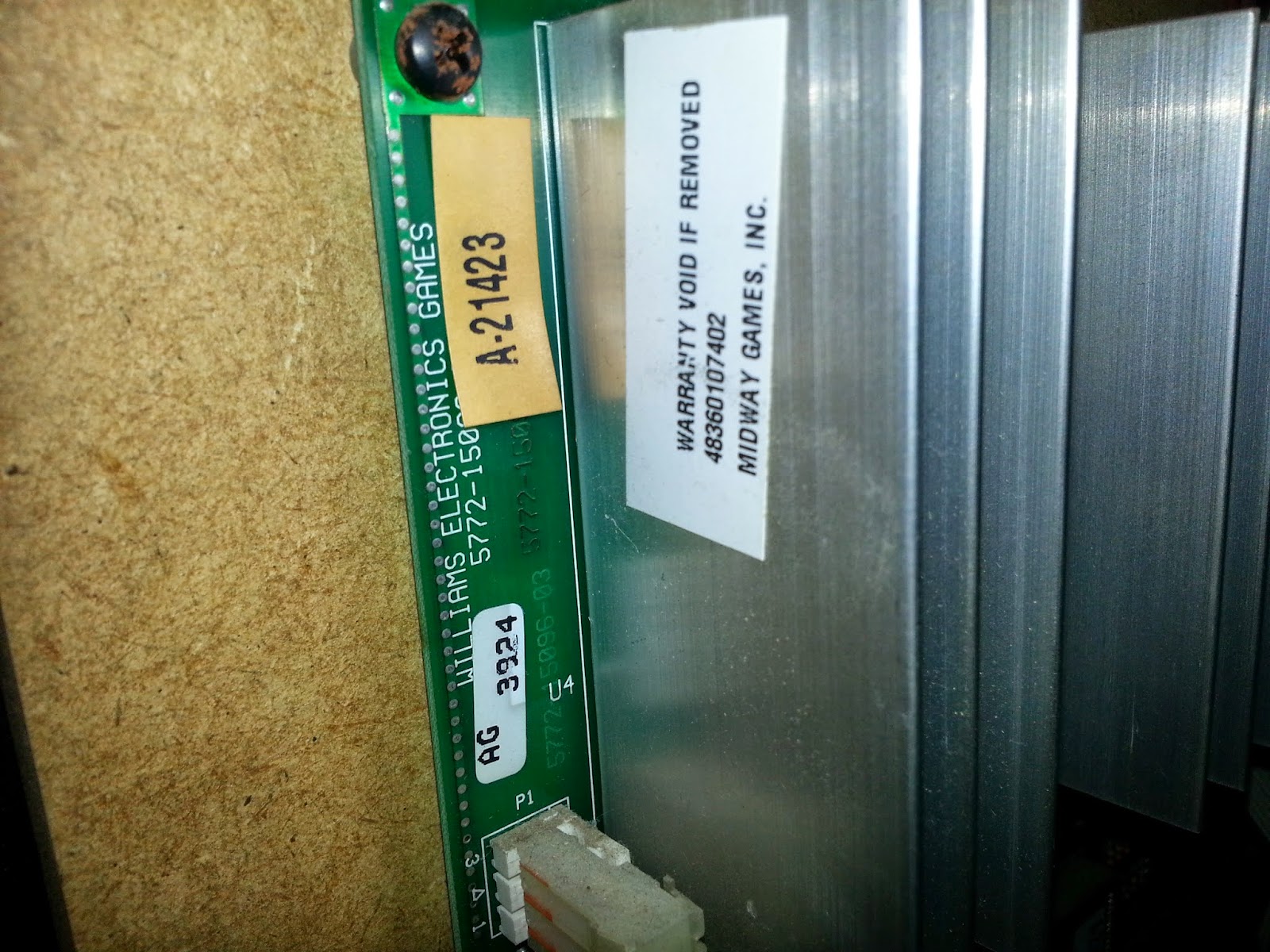 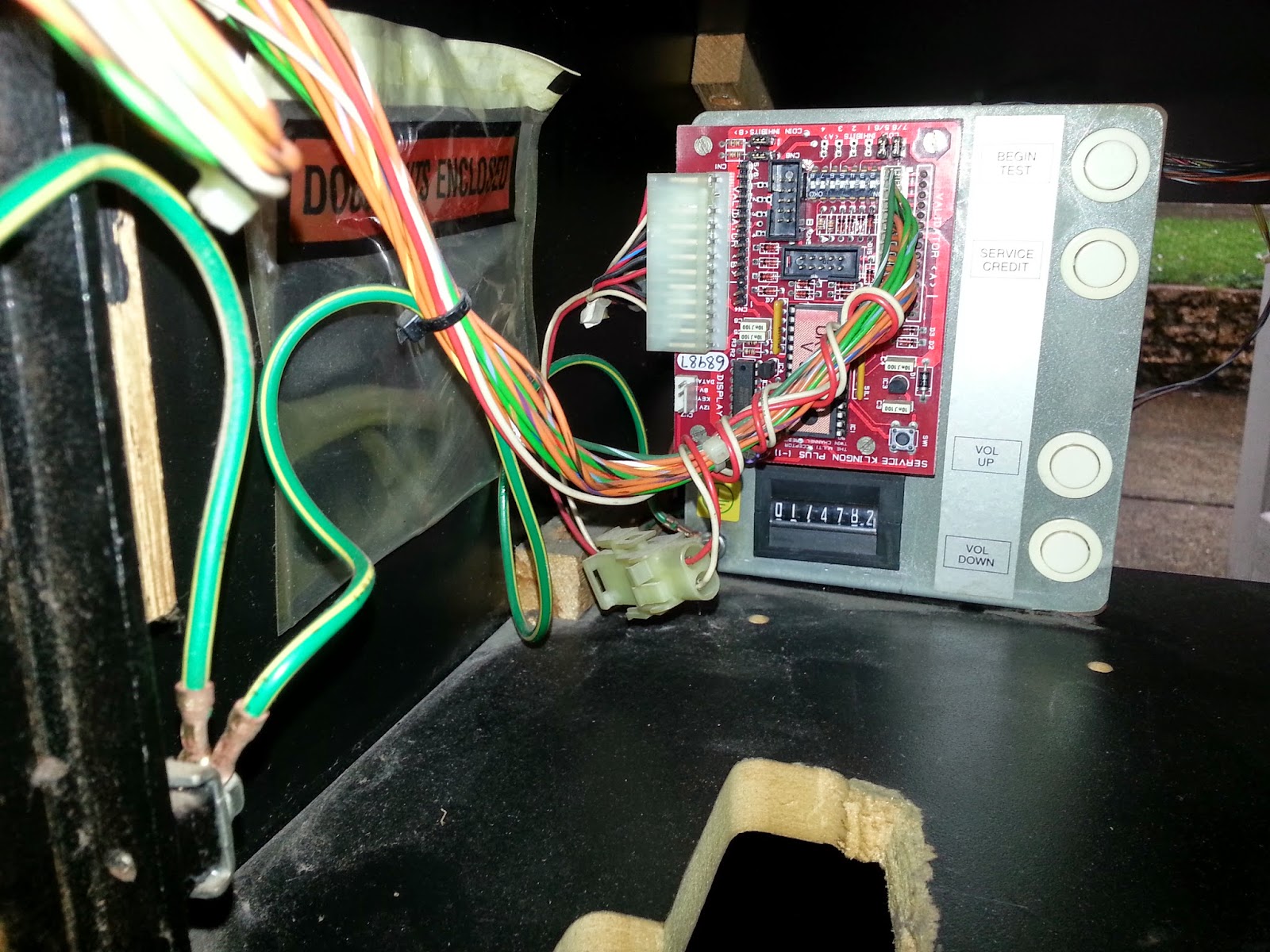 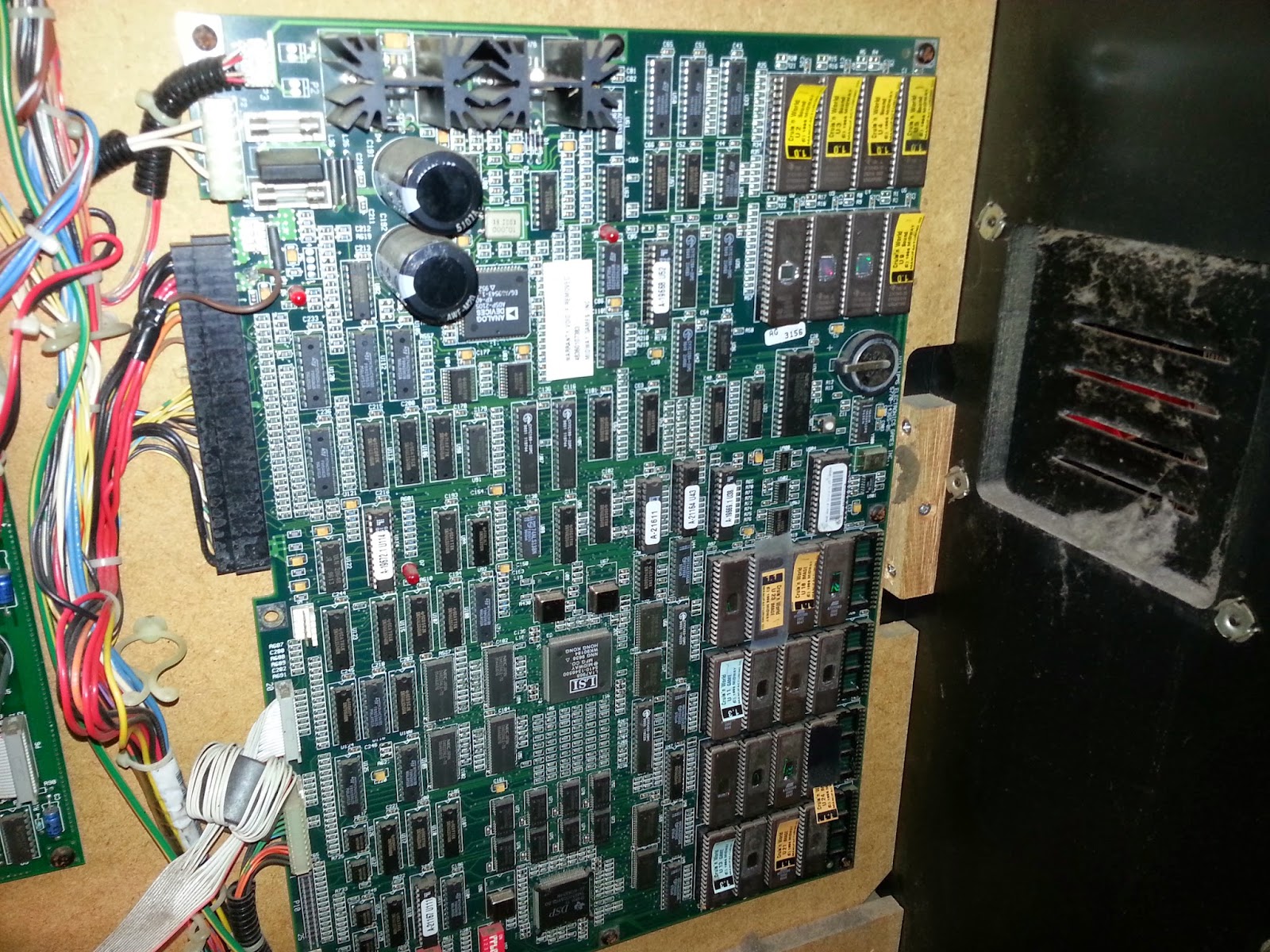 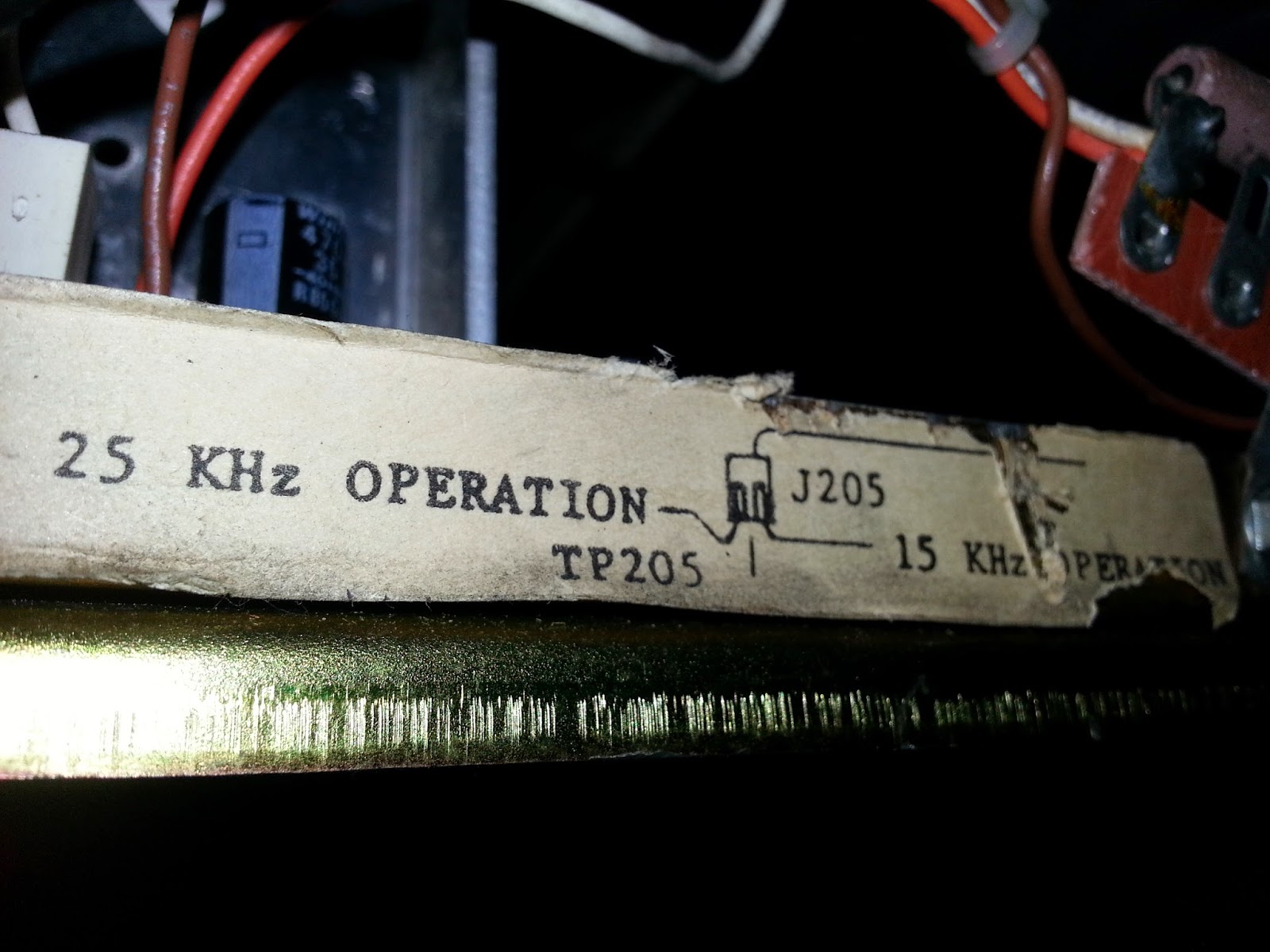 The picture on the monitor need some adjustment as to focus looks soft and the image is washed out, but overall this seems to be a solid cab, The game is just a bit poor... 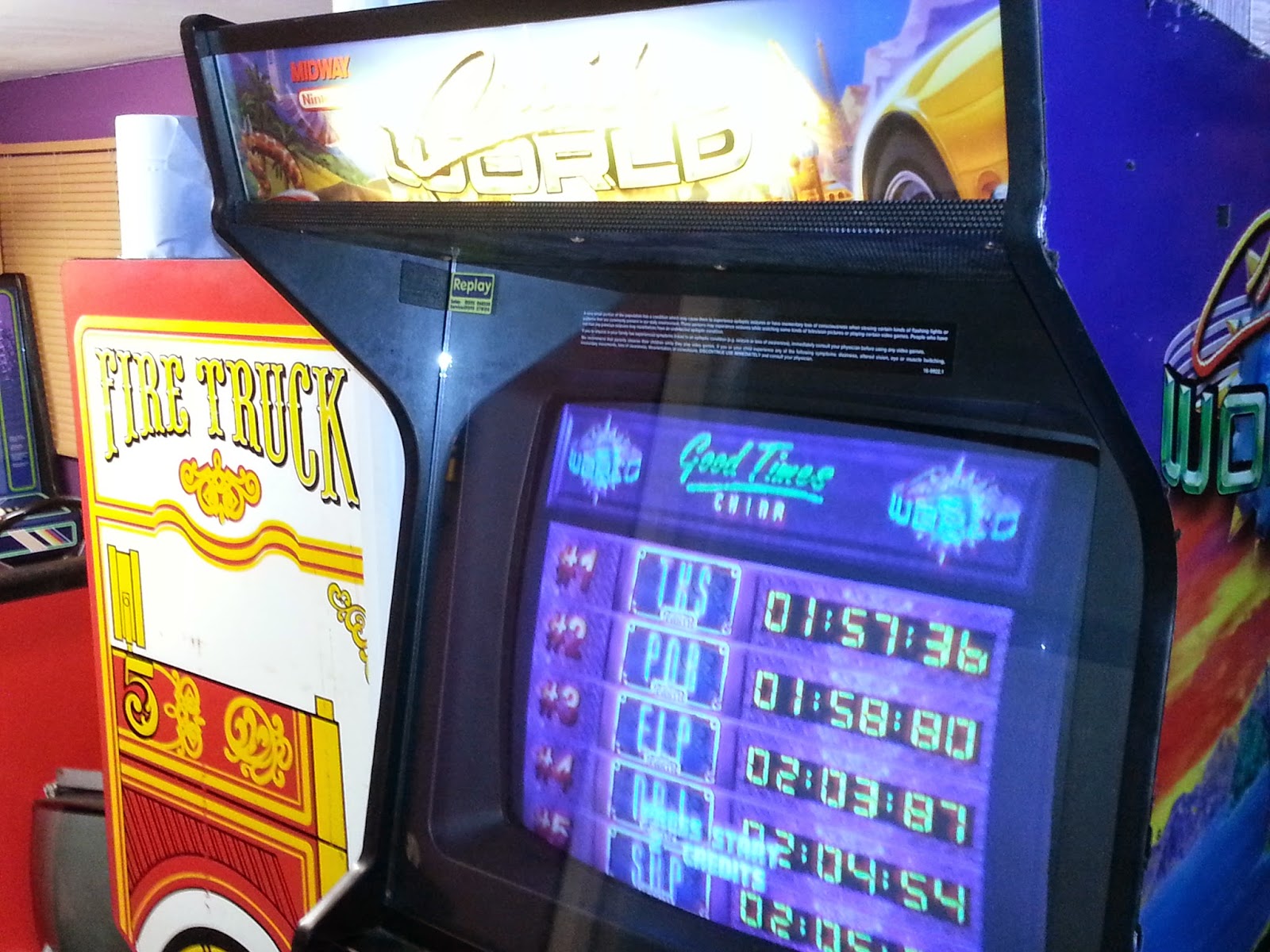 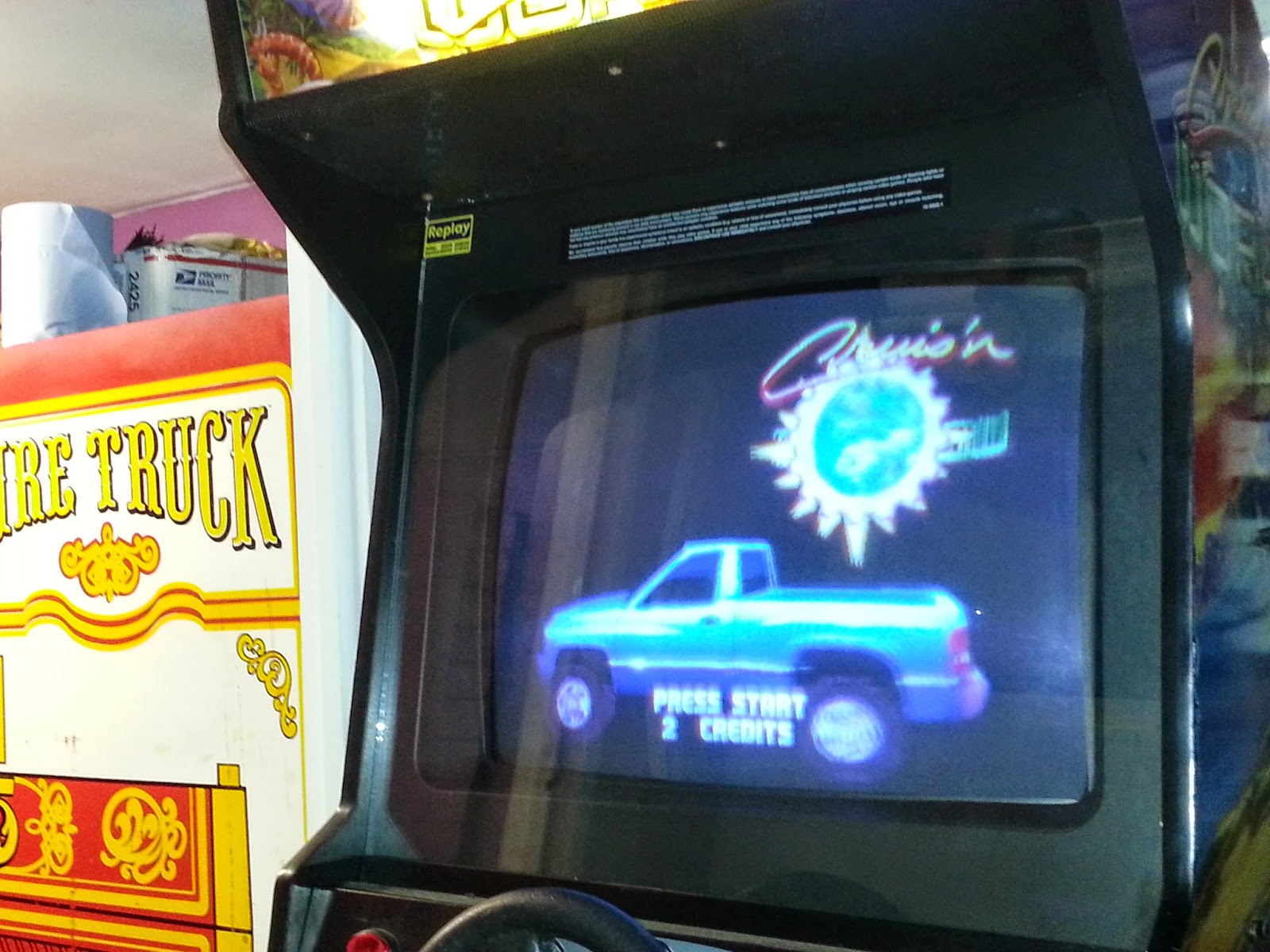 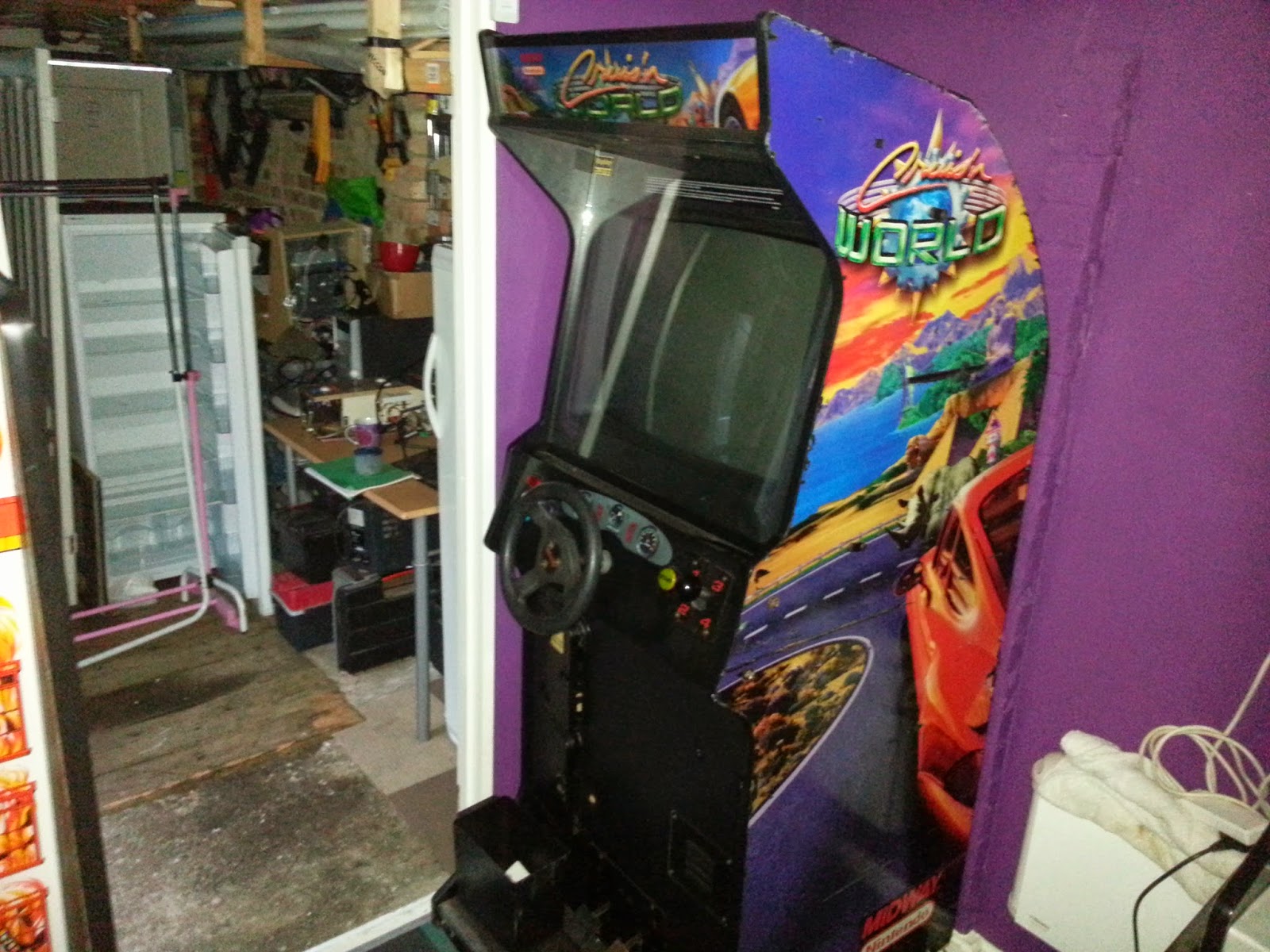 I'm also very interested to see the sticker below attached to the cab. Made by SEGA? Quite fitting as I do intend to turn this into a multi driver SEGA cab. Once my other project are up and running. Cheers to Oll for organising the raid!

To slightly update this post, it seems this cab is the same what Sega used for Scud Race cabs as can be seen in the below photo. It has different pedals and dash but other than the it looks the same profile to me.
The manual for the Cruis'n cab also has the seat (shown on the Scud Race) as an option. I'd really like to find one of those as the pedals do sit quite high. 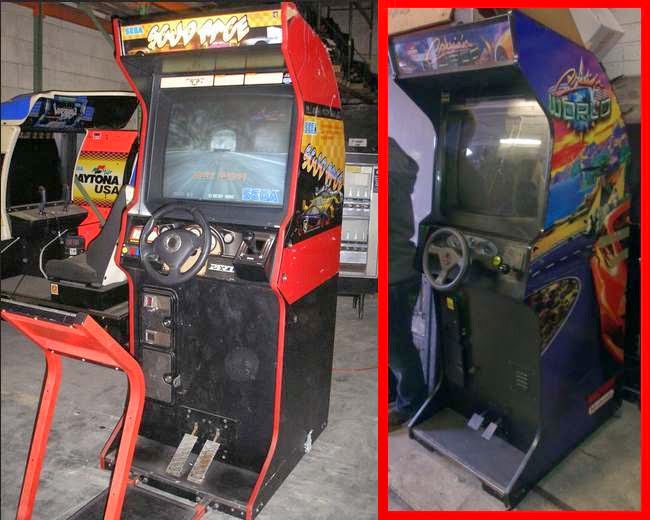