I picked up a new cab today, Atari's 1975 Jet Fighter, this is a simple Black and White raster game and the game board is doesn't have a CPU, the whole game runs on TTL logic only like Pong and Breakout. This was bought as untested/unknown state and we're not talking eBay untested! This hadn't been switched on for a number of years so it was pot luck as to what would or wouldn't work.

Here's a few photos of the cab after I took it out of my car earlier today. 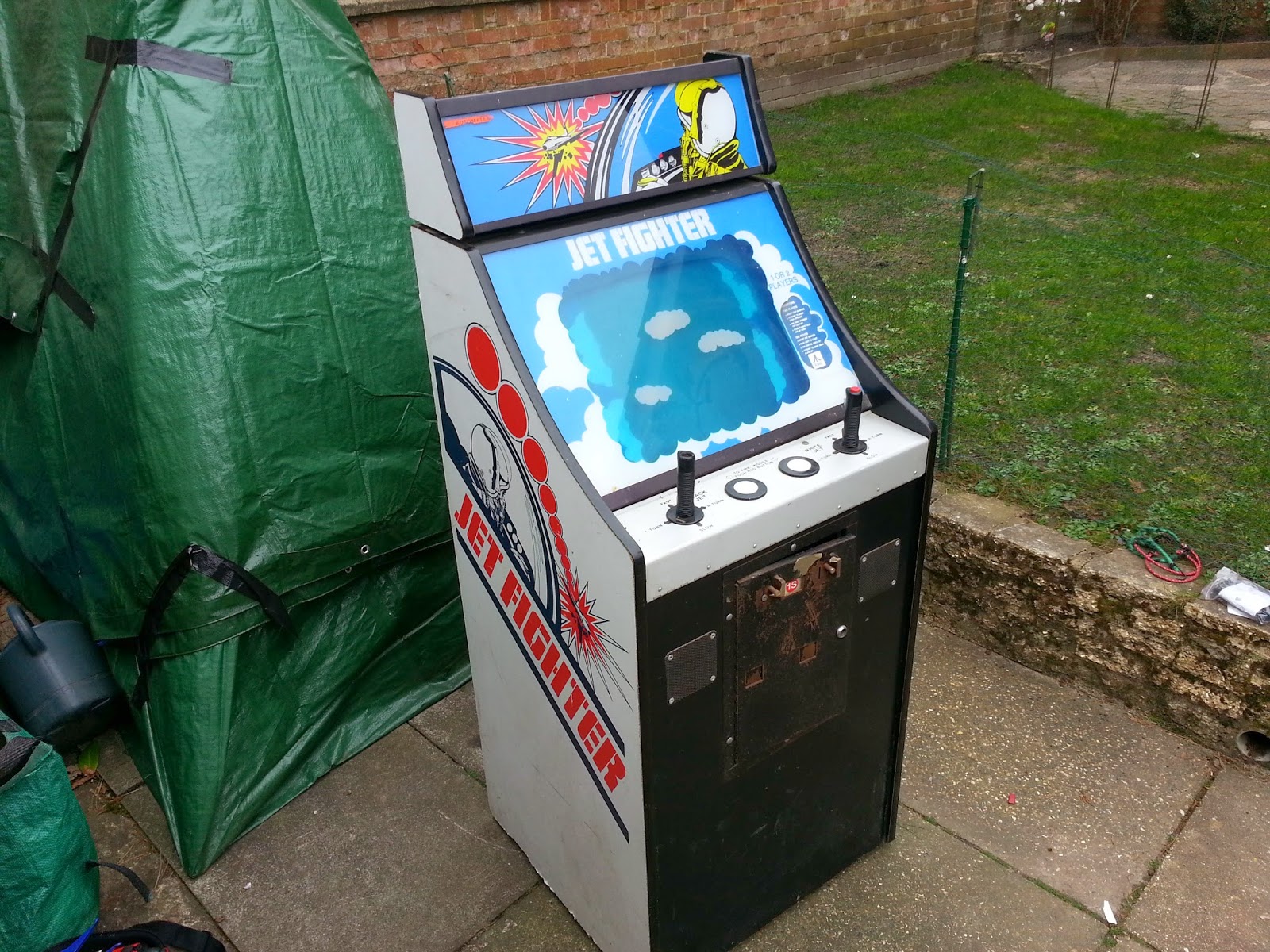 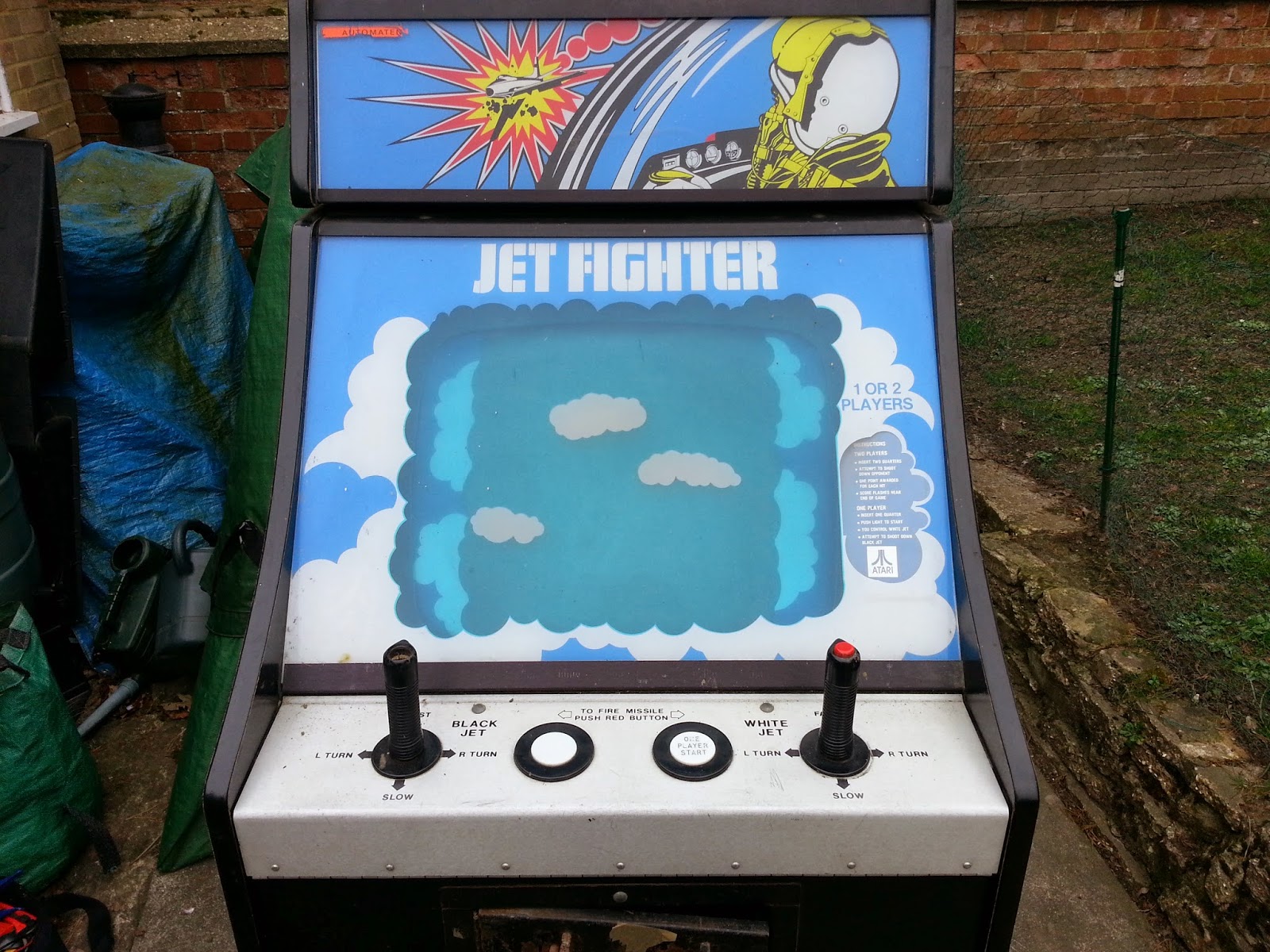 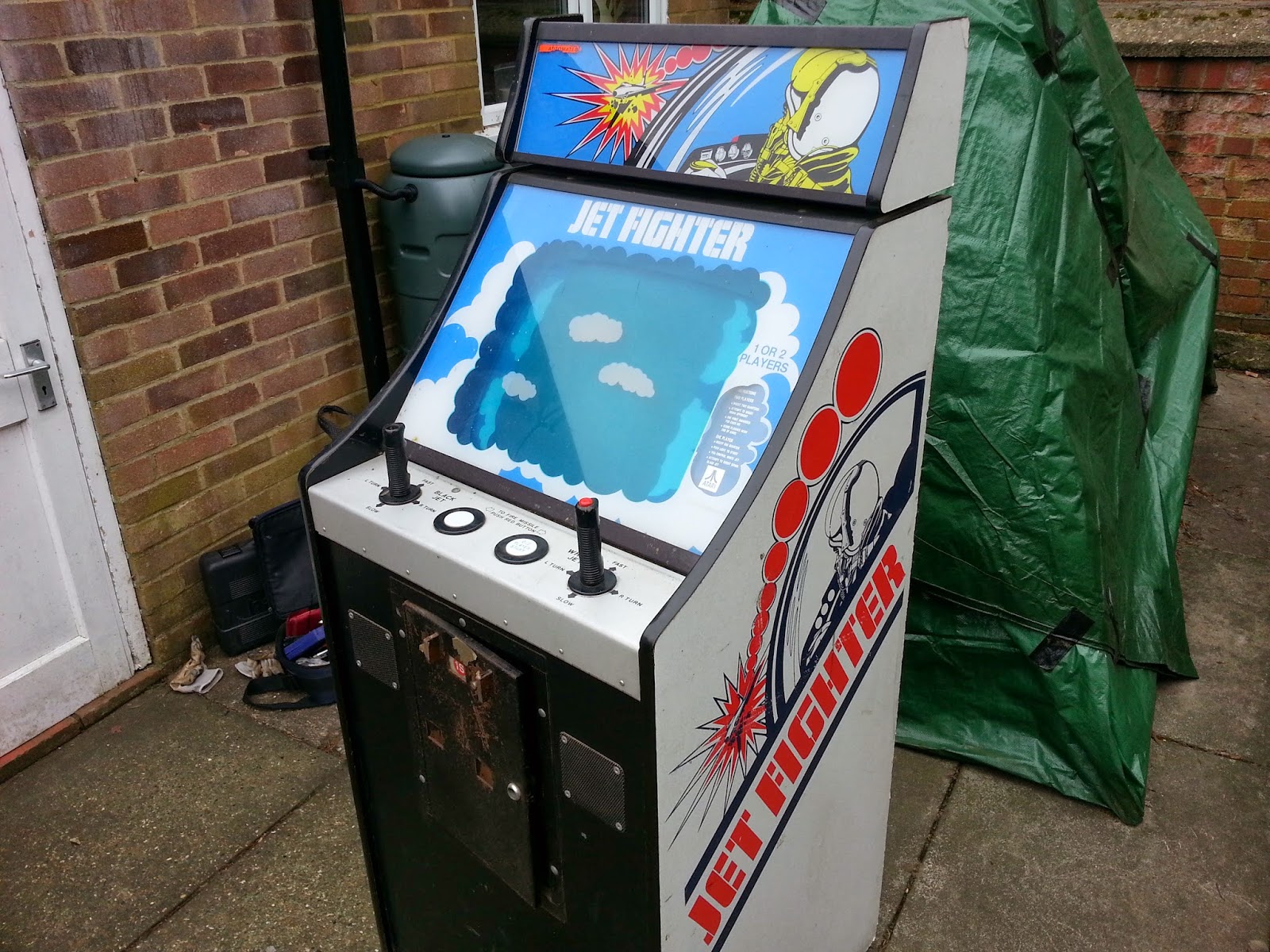 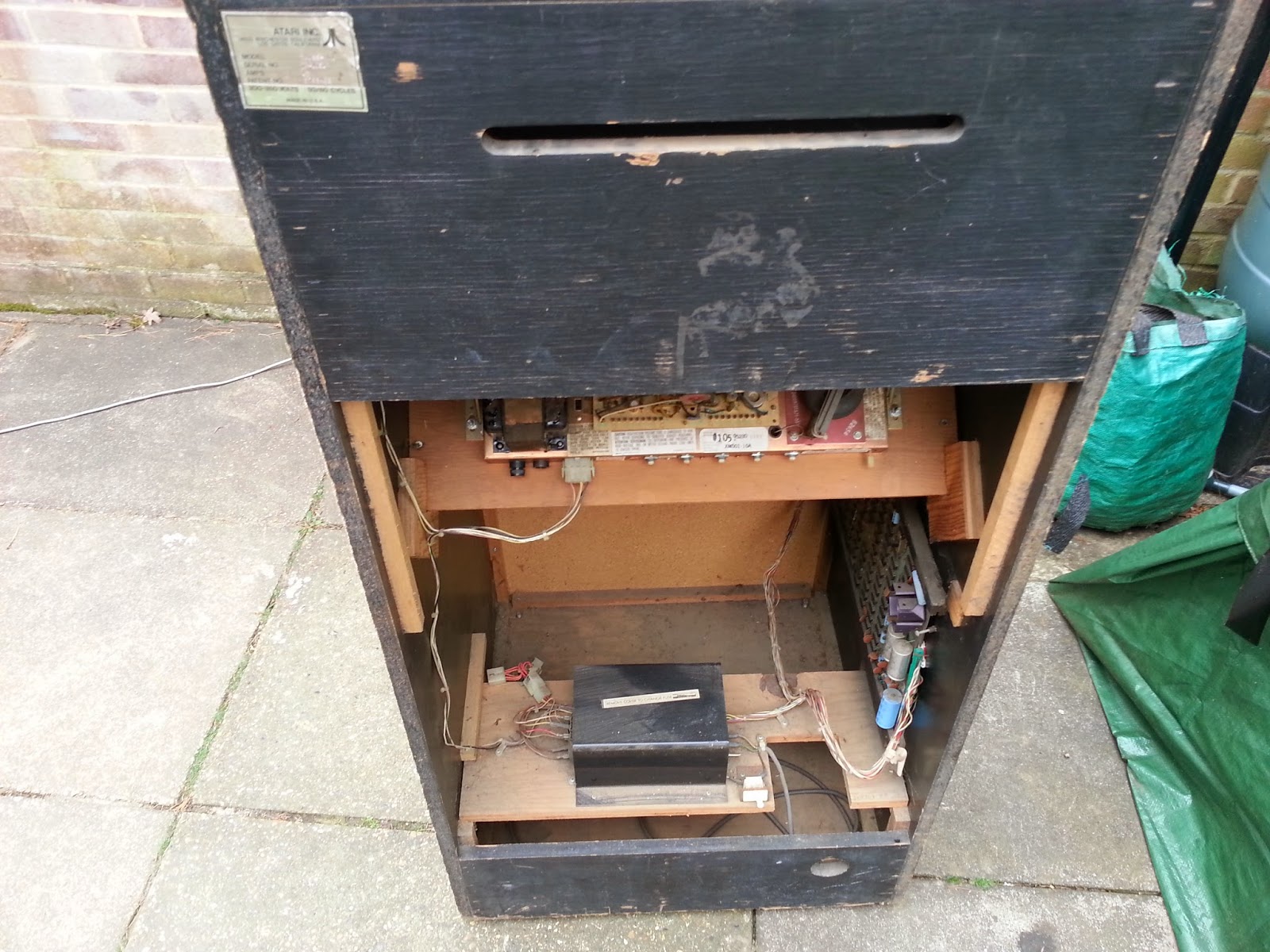 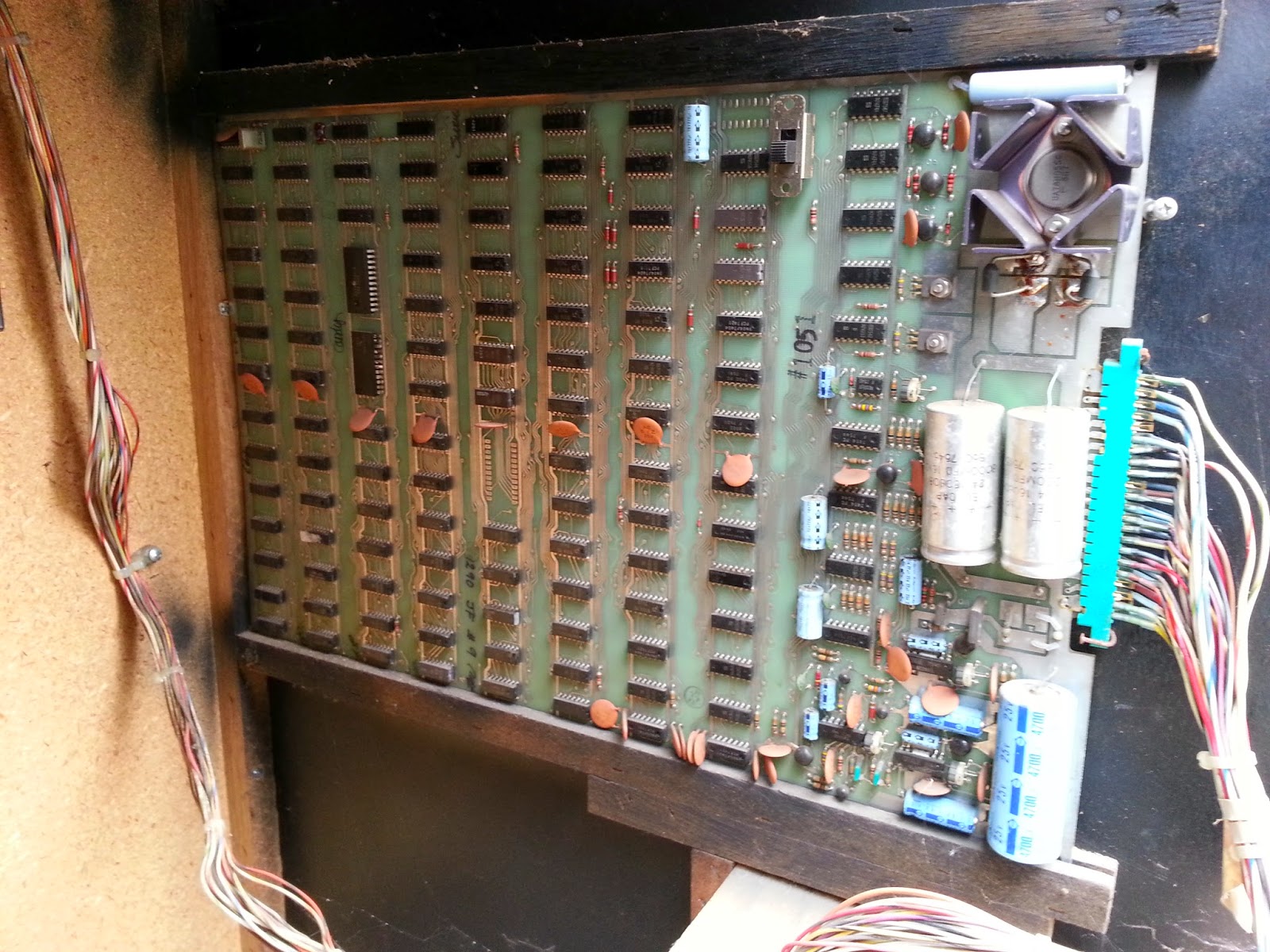 First impressions; Not bad at all for a 39yr old game, its a bit dusty, side art is still good and it is complete, monitor, game board, PSU all correct and present. Cab, Monitor and Game board all have matched, stamped serial numbers. This is Jet Fighter #1051.

So wanting to find out if it would work, I did some basic tests... game board and monitor connectors were removed. Mains input voltage was tapped correctly and proving 110V to the monitor plug and 36VAC to the game board.

I plugged up the monitor and wired a temporary connection of my signal generator, flicked the mains switch, a few seconds later I had neck glow an what sounded like high voltage on the screen, tentatively I looked at the screen and Yes! the monitor works. 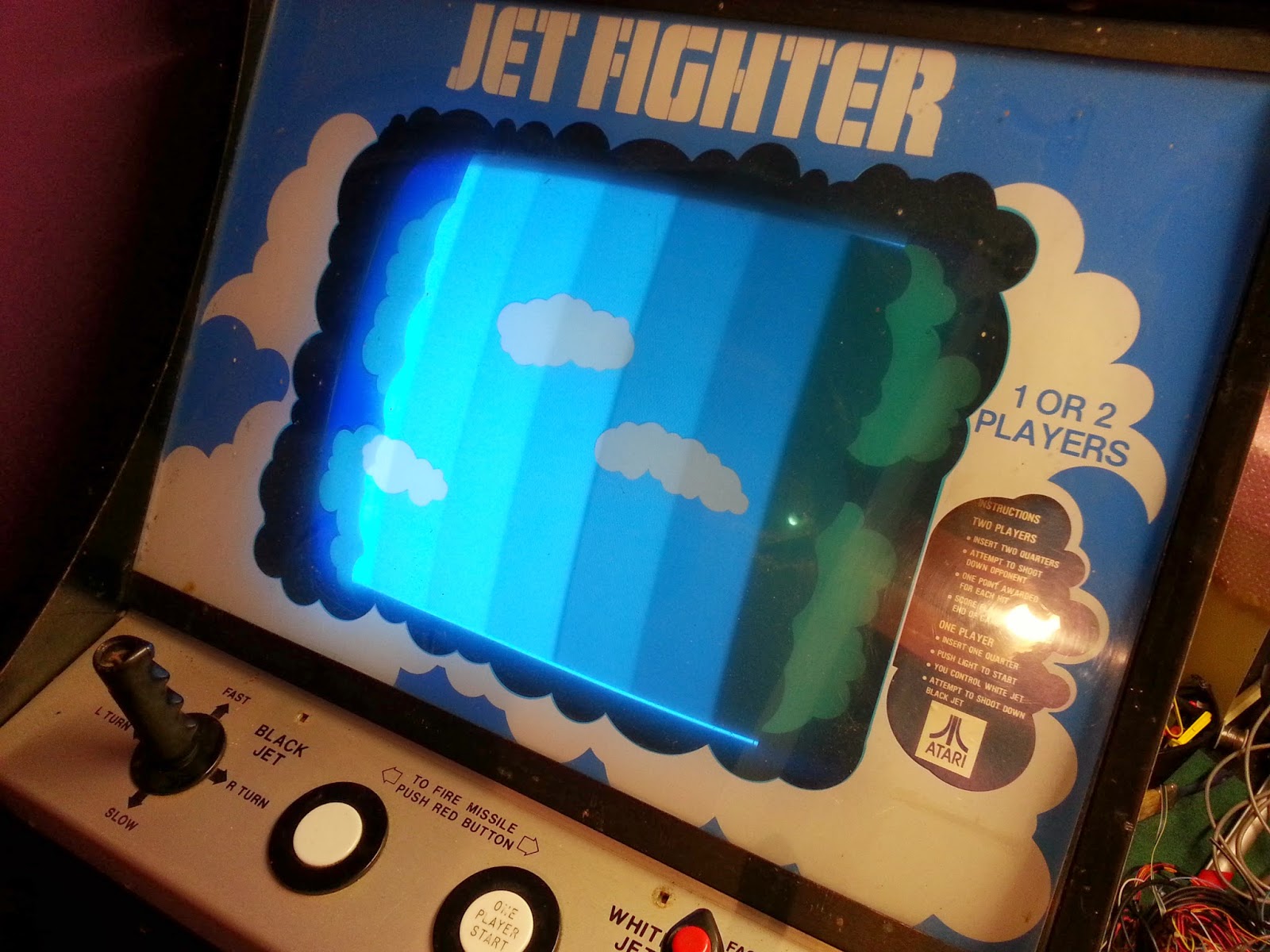 Next up was plugging the game back in, I plugged the edge connector on and again flicked the power, this time I checked the voltage on the logic board before looking at the screen, the on-board AC to DC conversion was working nicely. Voltage on the logic IC's was bang on 5 volts. 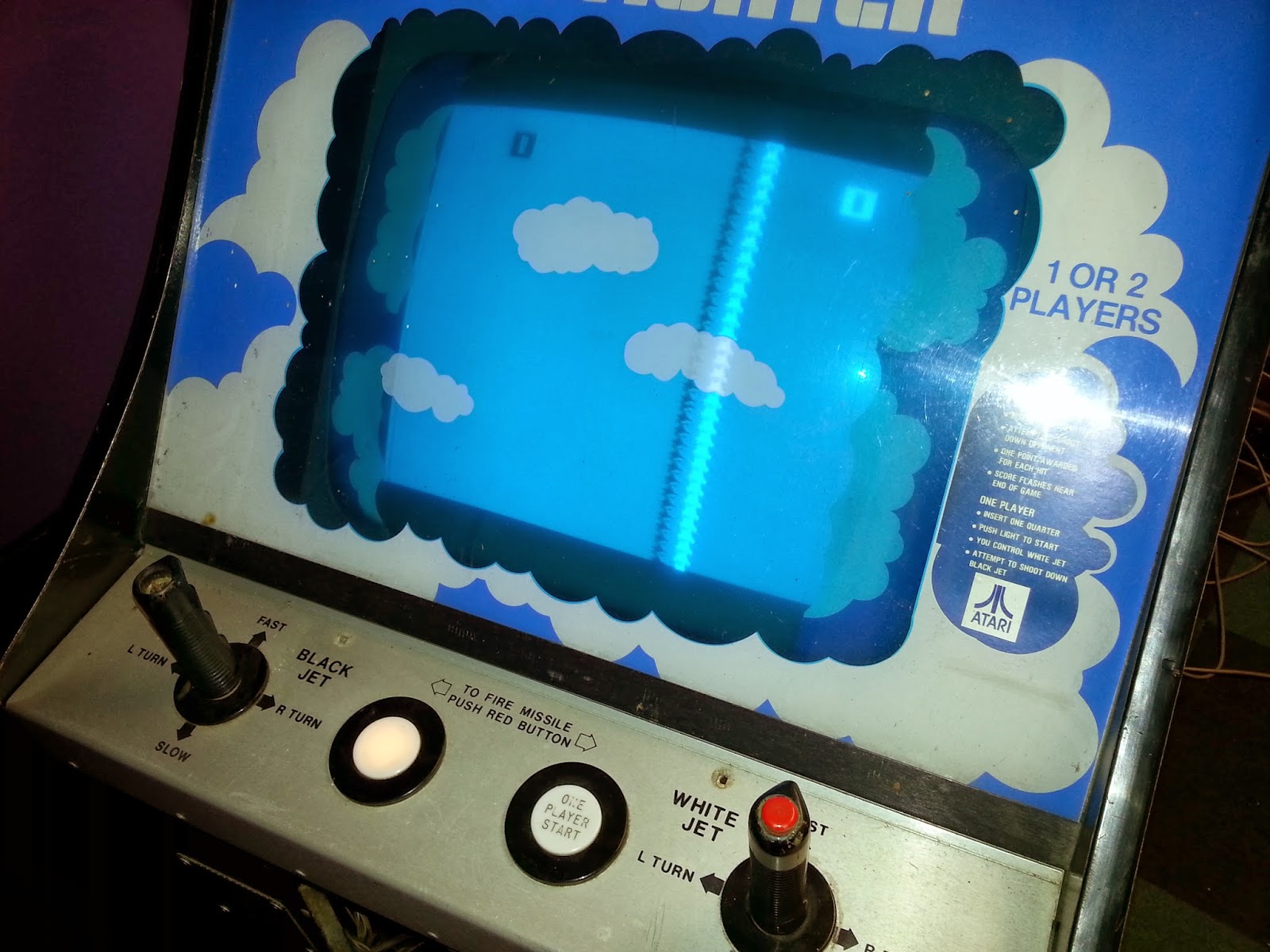 So the game was displaying but the aeroplanes have a fault where they're duplicated across the whole screen. I coined the game up and both 'player' select buttons light up, and the game does play. All controls work and the 'fire' 'explosion' and 'plane' sounds work. The game finishes after a set time and that all works as it should.

The marquee light doesn't illuminate, not sure if its the tube or ballast I'll investigate that later.

I gave the plexi glass and monitor a good clean and this is who the image looks now. 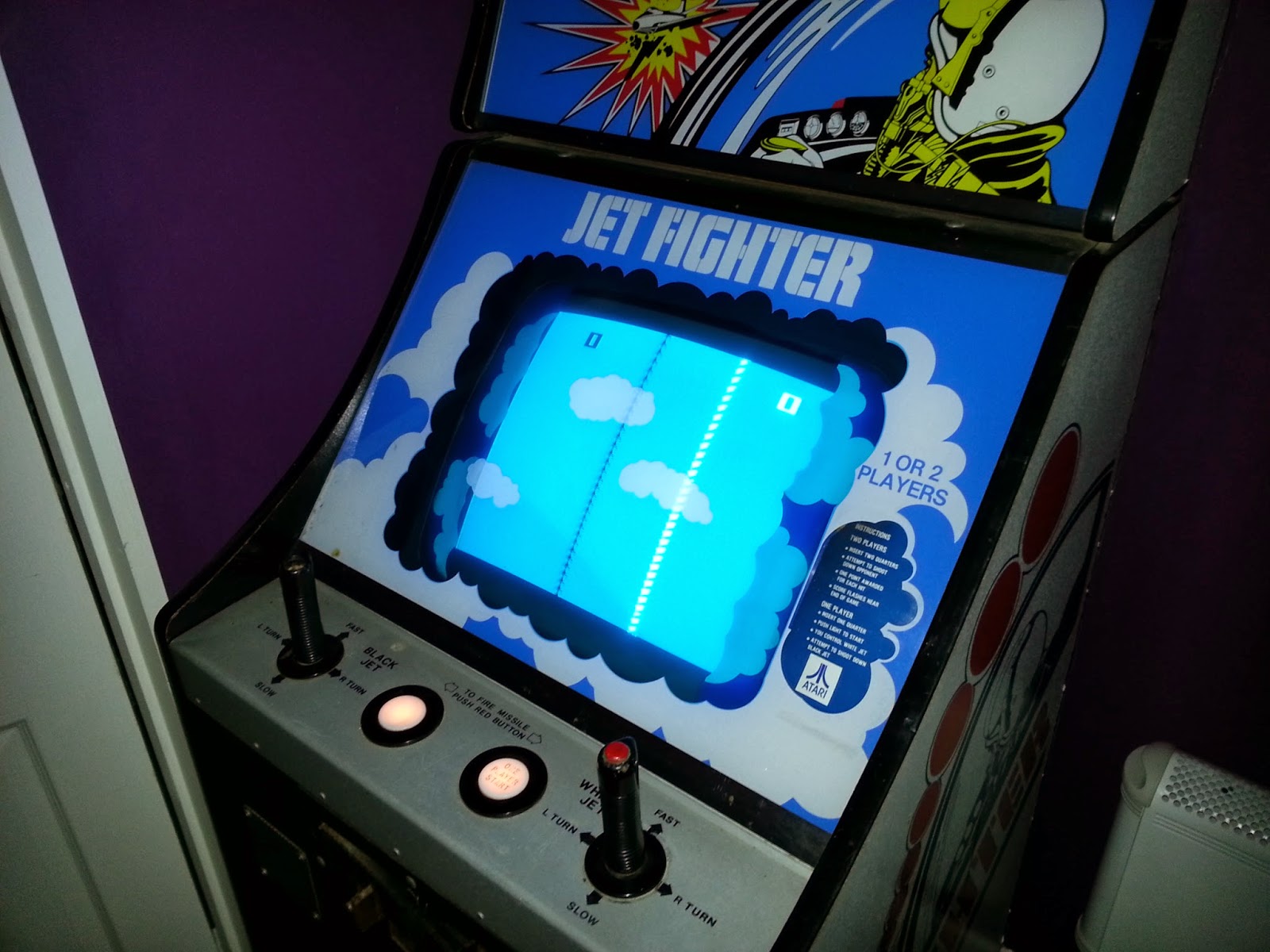 A substantial difference to the brightness all thanks to some glass cleaner!

That's it for now I'll update this post when I decide how far I'm going to rework the cab and what I do to hopefully get it working.
Labels: 1975, Atari, Jet Fighter, pre cpu, TTL
Newer Post Older Post Home