So I was given this Breakout PCB at Steve's meet by Backflipper [another Steve :) ] earlier in the year and thought I'd fire it up and see if it worked. 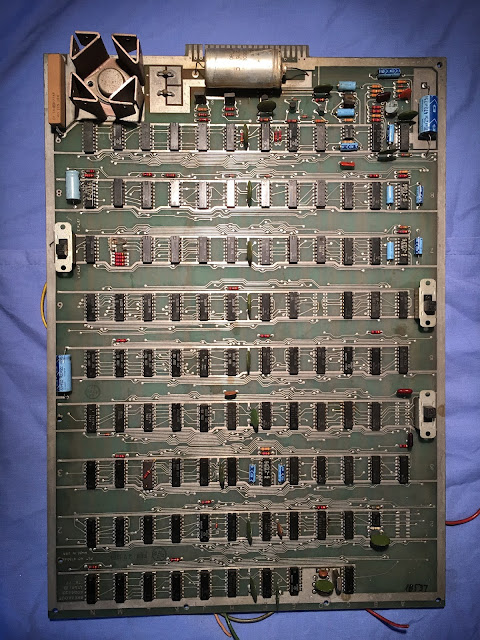 First up the PCB was covered in lots of wires that were soldered onto the board but with nothing connected to them, some sort of previous mod that had been removed. 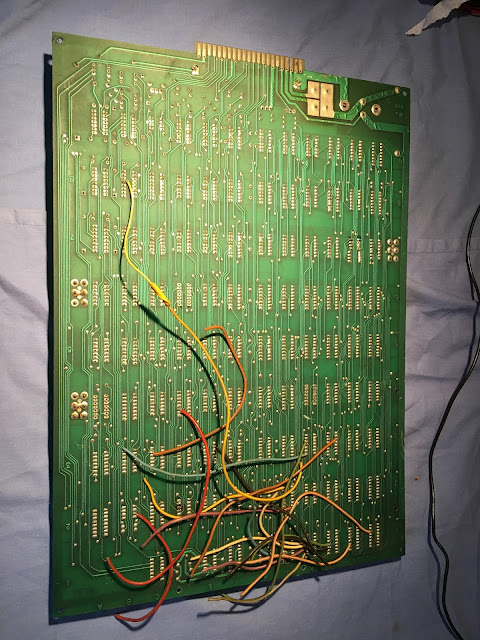 I de-soldered these wires and re-made a trace that had been cut on the PCB.

Visually there were a few IC's missing and one that was broken almost in half and partially de-soldered. After looking up the IC locations in the Ops manual, all three were 74LS08's, clearly someone needed them for something else! The solder pads were cleaned, new sockets fitted and IC's fitted. 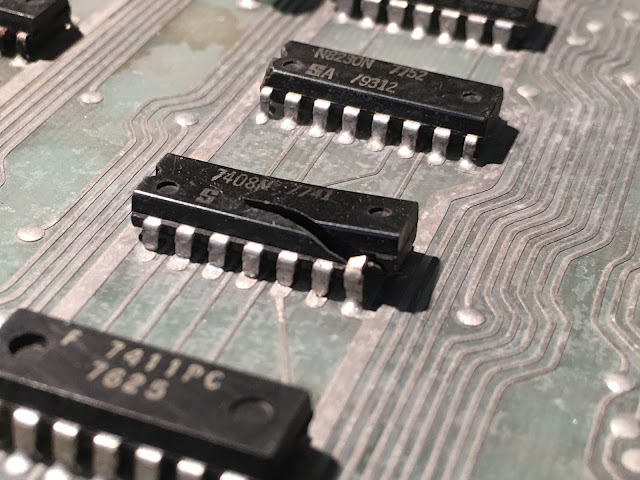 Next up was the big filter Capacitor near the edge connector. This was clearly past its best so I replace it with another I had in my stash. 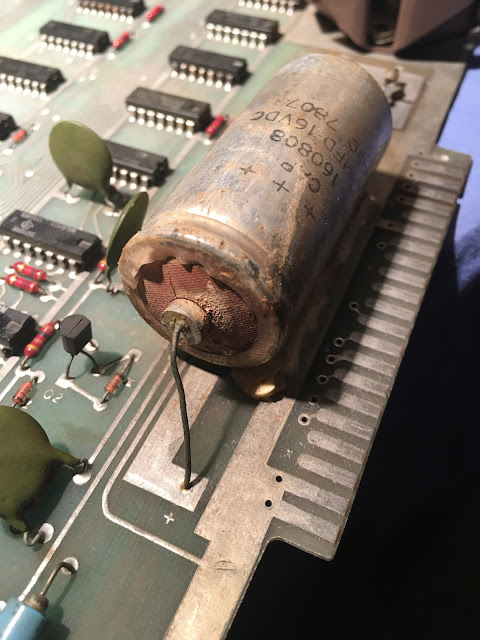 There were four wire links on the board which denote the game bonus given depending on score. These were a right mess where I guess they had previously been moved around. I removed the links and fitted a nice new 4-way dip switch block similar to what all the later Atari games have. 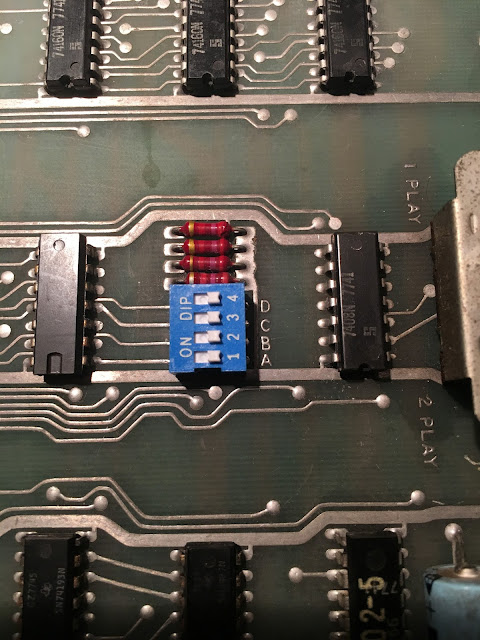 Next up it was time to make a basic loom to apply power and get some composite video out of the game.

Looking at the high level wiring diagram for the game, the power input comes from a 16.5Vac centre tapped transformer, which via a couple of diodes feeds the audio amplifier and then into an LM323 regulator which provides the regulated 5Vdc for the game logic.

From previous experience with these old Atari Black & White games I know you can happily run these games from a 12Vdc power supply as long as it supplies 3 Amps of current if the have an LM323 regulator.. Most JAMMA switcher supplies wont work as they don't provide enough current on the 12V rail. With power connections made to an edge connector I looked up the pins for the Video output and it's ground connection and wired these to a phono (RCA) connector which would plug into my video monitor.

With only these connections made I should be able to see if the board is dead or alive, or somewhere in between.

One final check I decided to make was to confirm that the 5V rail and the Ground rail on the PCB were not shorted to each other, this was confirmed as being OK with my Multi-meter set on continuity test.

Time to fire it up!

So with monitor connected to the video cable and the edge connector plugged into the PCB I powered it up... 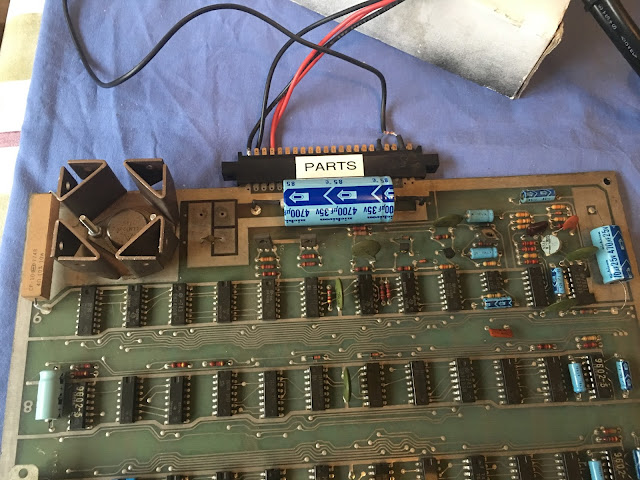 Not bad... The board has a video output, which is stable apart from some image tearing on the right hand side, I'll need to confirm if this is a fault with the PCB or if my monitor is struggling to sync to the signal.

You can see the score numbering along with the numbers indicating which player is 'up' and which ball is is in play. There are clearly not correct, but the fact they're being show is a good sign.

There's no playfield of bricks, a players paddle or any balls flying around the screen so the board at this point so I need to investigate further to see whats going on. 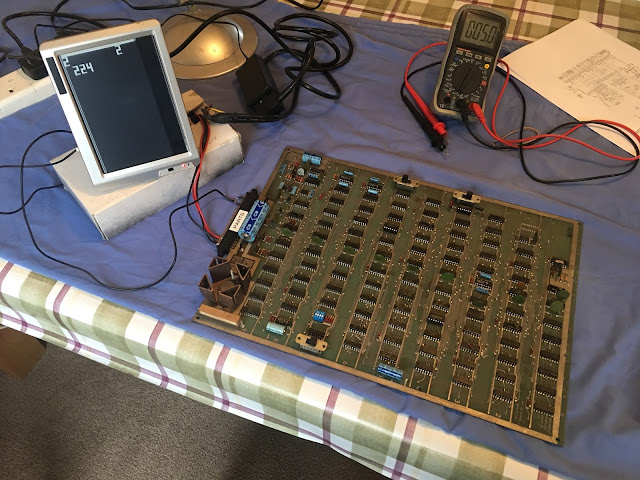 So next up I need to make connections for controls, and coins switches etc, then I'll print the schematics and get out my trusty Logic probe.
Newer Post Older Post Home