After nearly a year of being in s pile of boards that needs fixing, I spent some time tonight fixing my Subelectro Hunch Back board. With reference to this thread on the UKVAC forum from when I originally purchased a Subelectro cab with this board in.

I had this board fixed by a repairer when I first got the cab, but on its return it lasted not more than a few hours before having jumpy graphics and eventually not booting correctly with a black screen displaying 'CREDIT 0' and making a constant audio tone.

Fast forward to having a bit more experience and a few tools, my first port of call was to verify the ROM'S. The board has eight CPU program ROM's and two graphics ROM's. Of those, three of the eight CPU ROM's claimed to be blank or wouldn't verify against the on-line Romident tool. Both of the CPU ROM's also didn't verify correctly, I re-burnt a complete set of new ROM's tonight and upon power up the game booted and played correctly. My test monitor struggled a bit with the video sync on the far edge of the image, but it will display fine on an arcade monitor. Makes a change having an easy fix like this!

Images below of the working game. 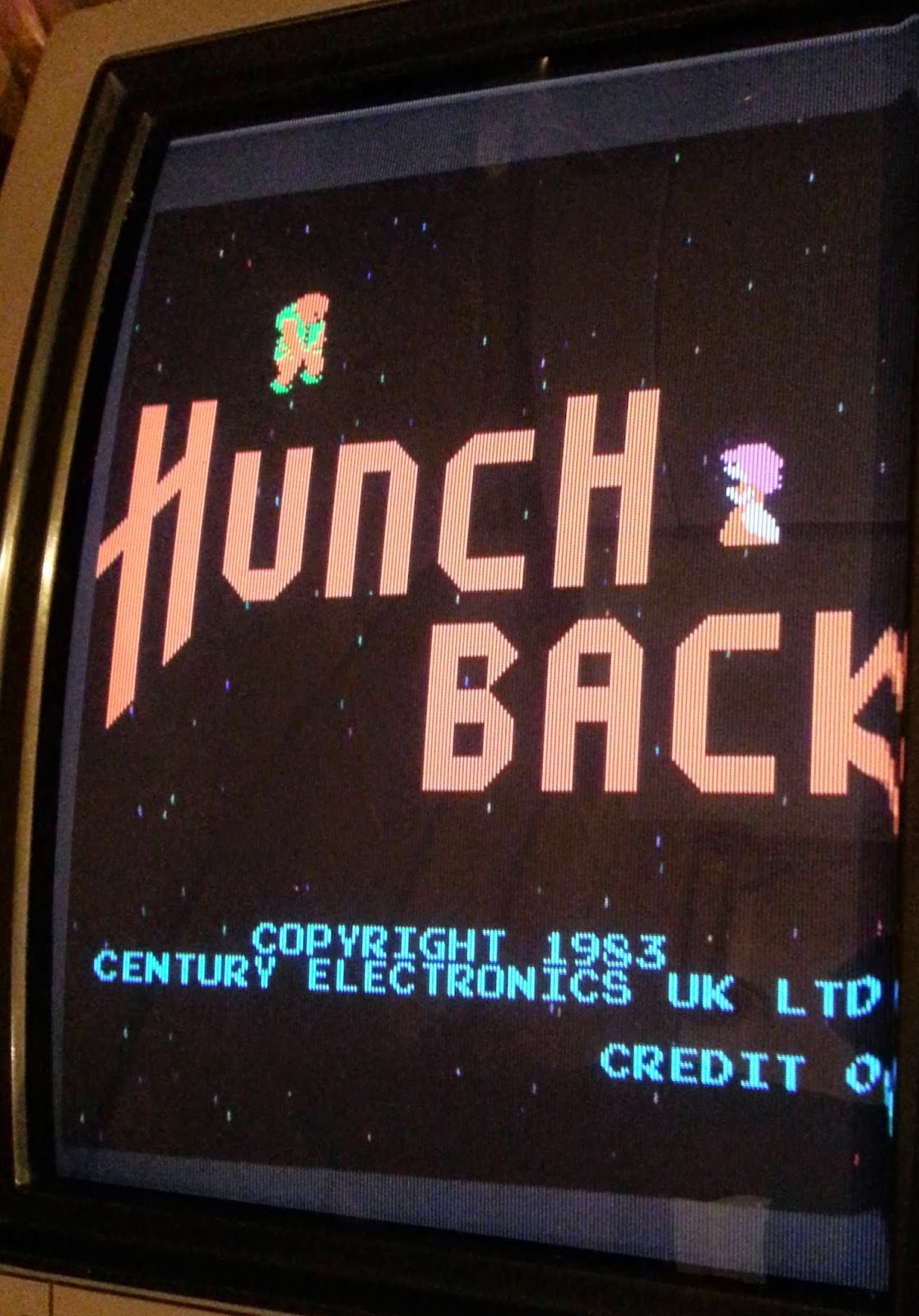 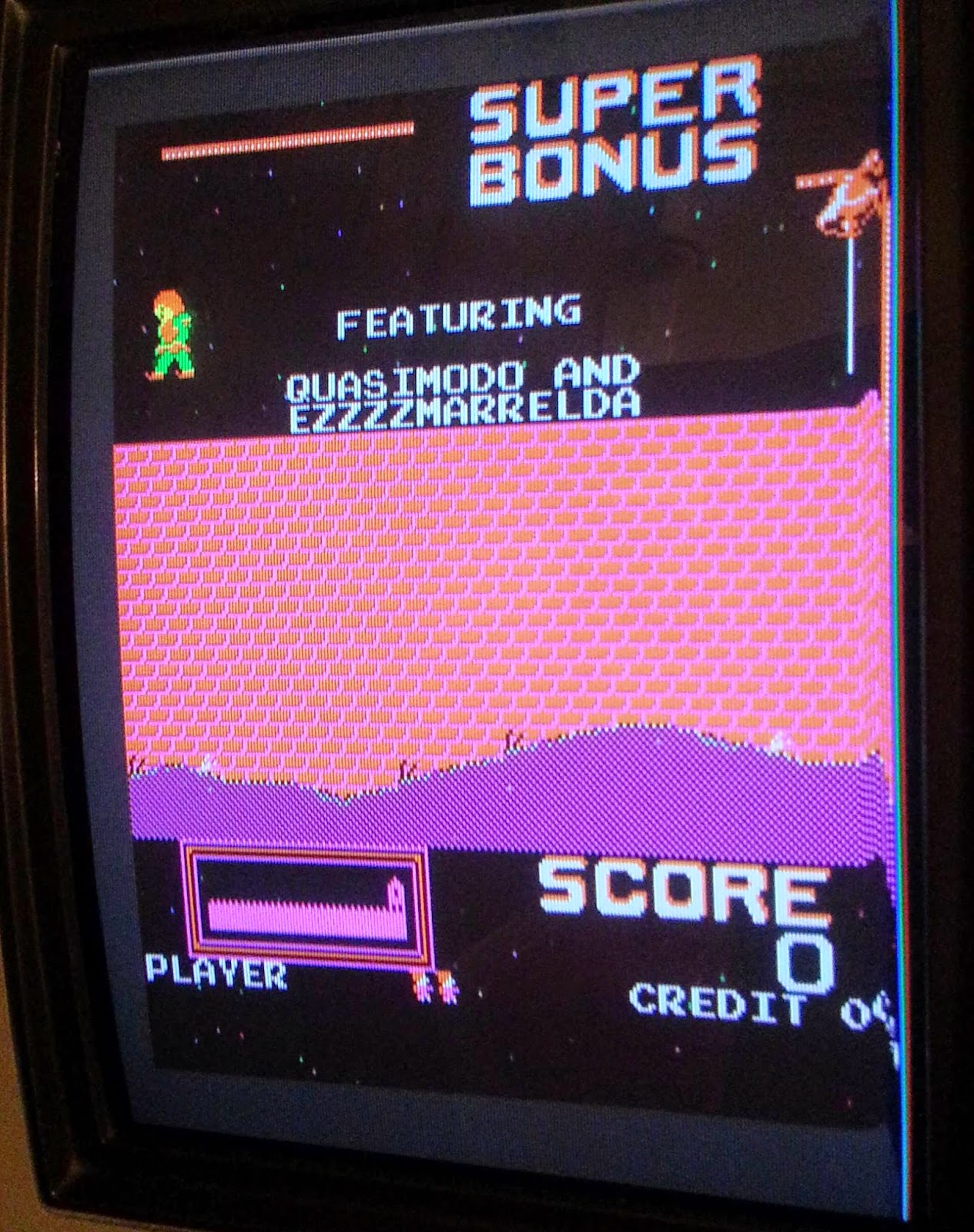 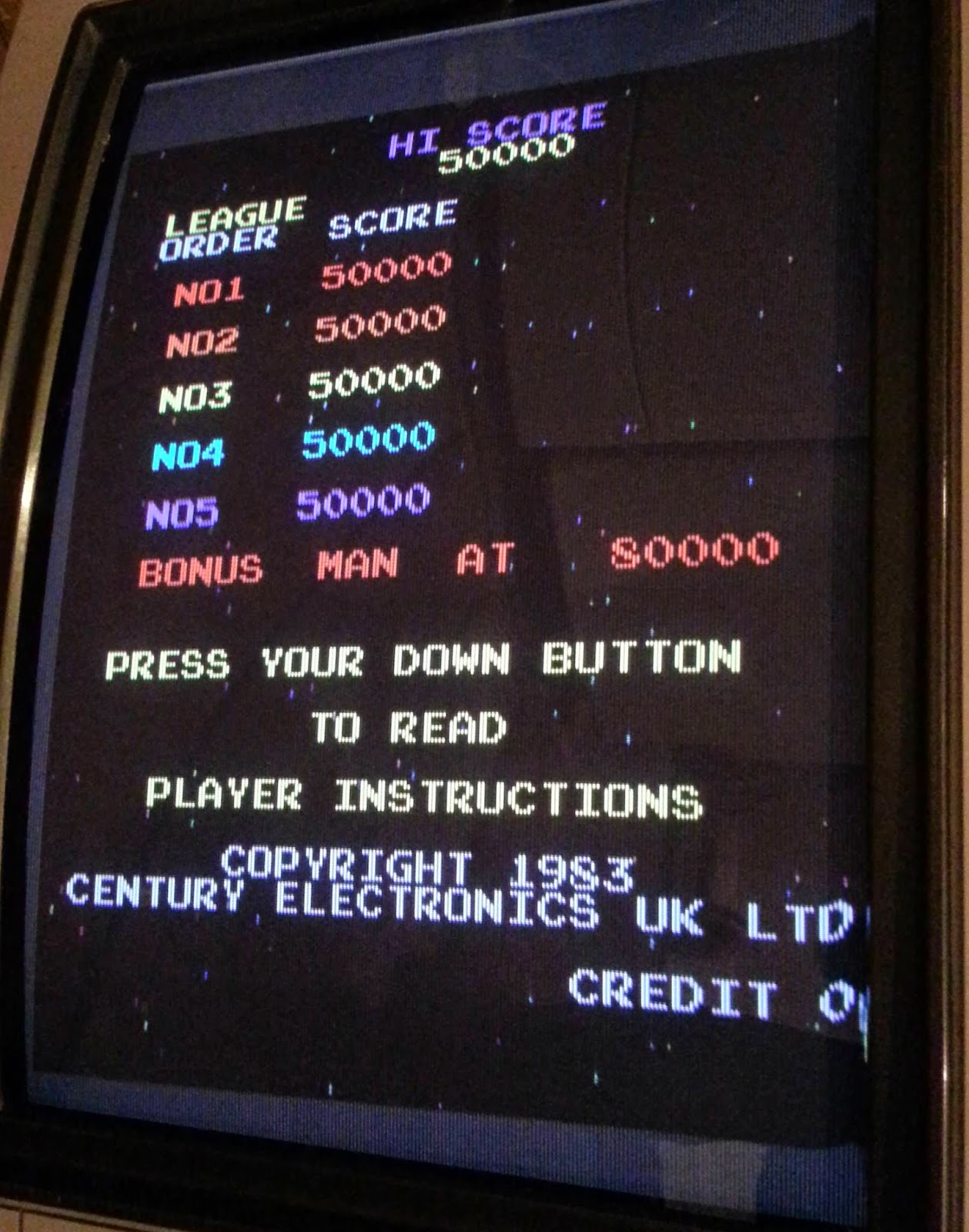 The Subelectro Hunch Back board, running on Galaxian hardware. 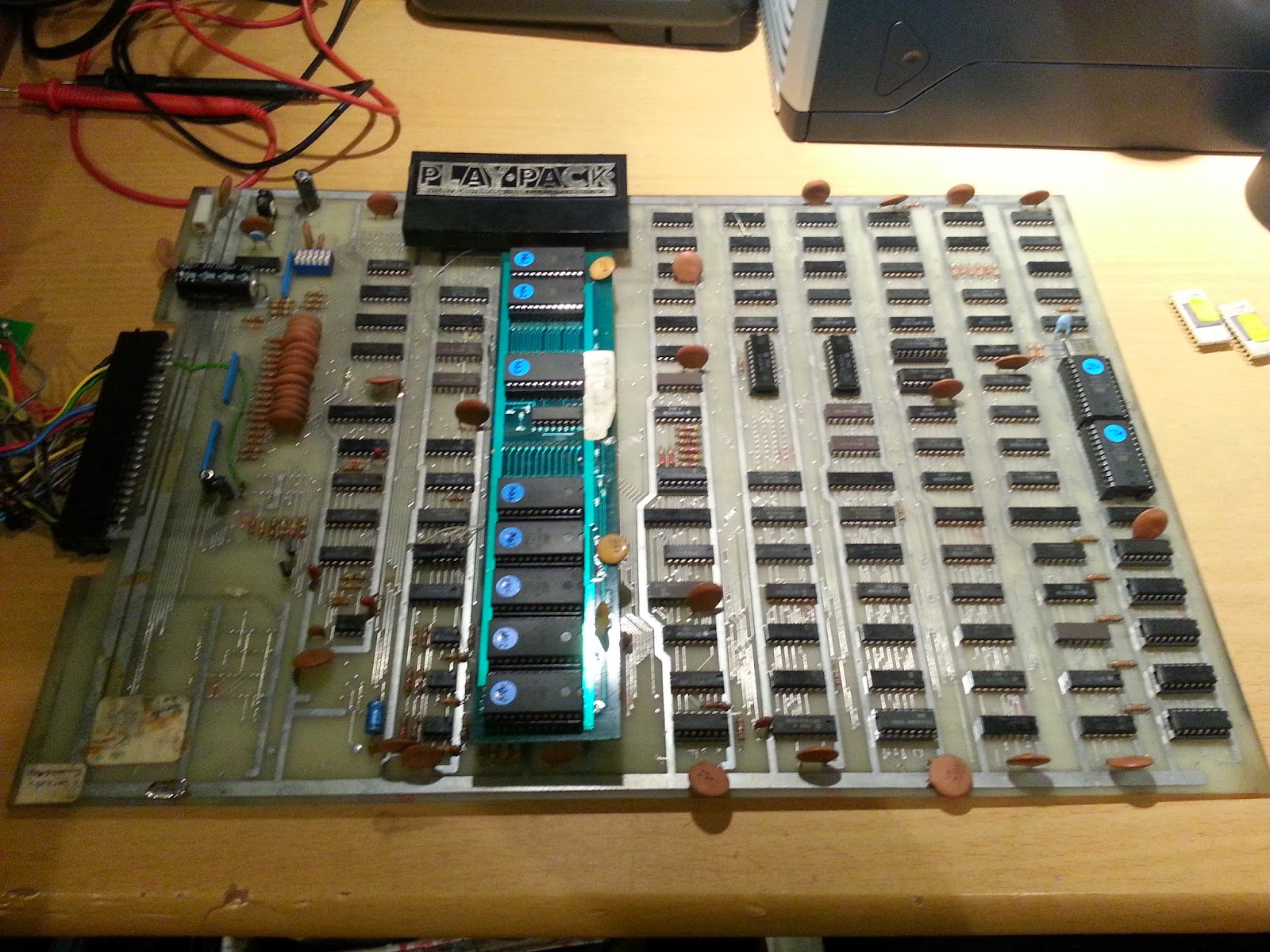